Building Trails from the Ground Up in De Queen, Arkansas | IMBA 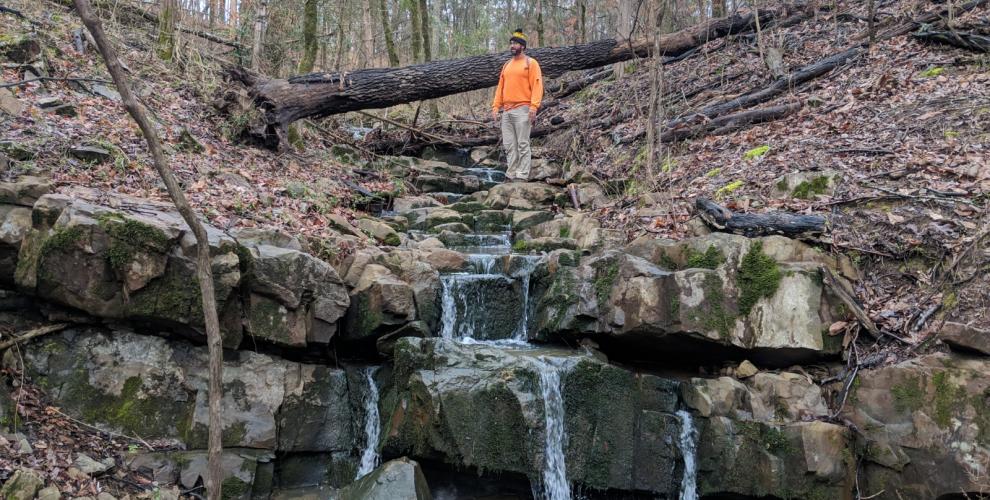 De Queen Lake has 32 miles of shoreline, more than 100 campsites, 8700 acres of surrounding public land, and until recently, zero bike trails. But that’s changing. The community will soon have its first four-mile trail at the lake, and with the help of an IMBA Trail Accelerator grant, they’ve expanded their vision to become […] 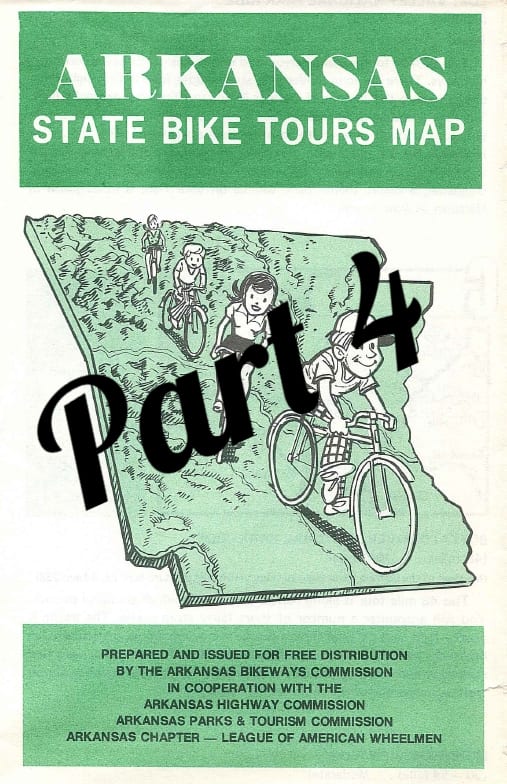 The saying goes, “the more things change, the more they stay the same.” You can certainly see that in our 41-year-old bicycle map. Later this Spring, Arkansas will be opening a new bicycle route that will travel well over 1000 miles through the Ozark and Ouachita Mountains. The route will include paved roads, gravel roads, […]

The 25 Best Runs in the World Right Now | Outside Online 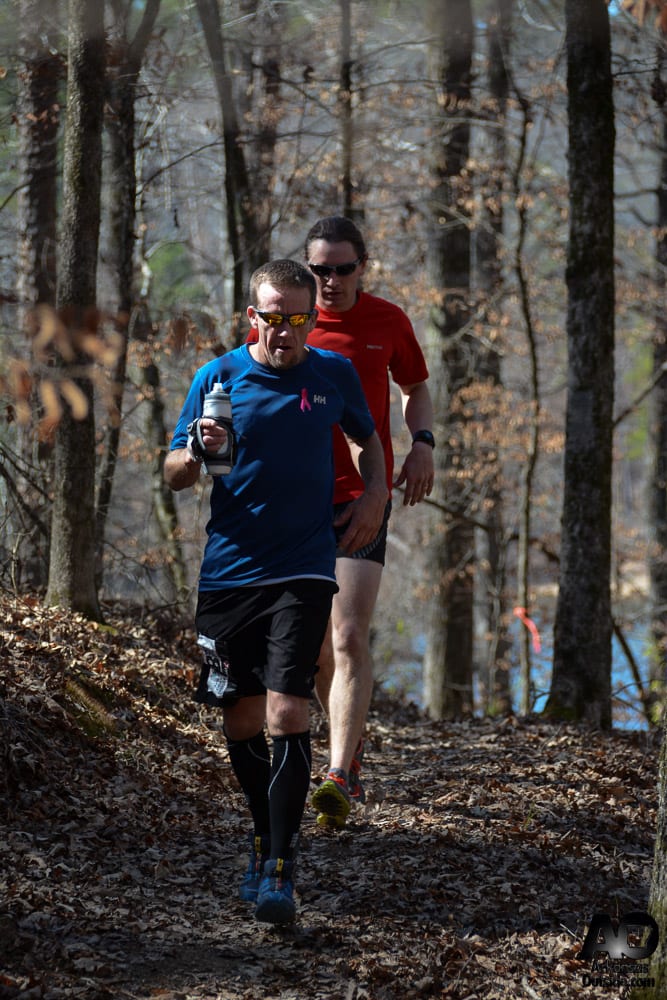 Here is an article from Outside Magazine that features some of the best trail runs in the world right now. They give a local trail a shout out. The world is learning. Humans were born to run. It’s literally one of the things we do best. But beyond its health and mental benefits, what keeps […] 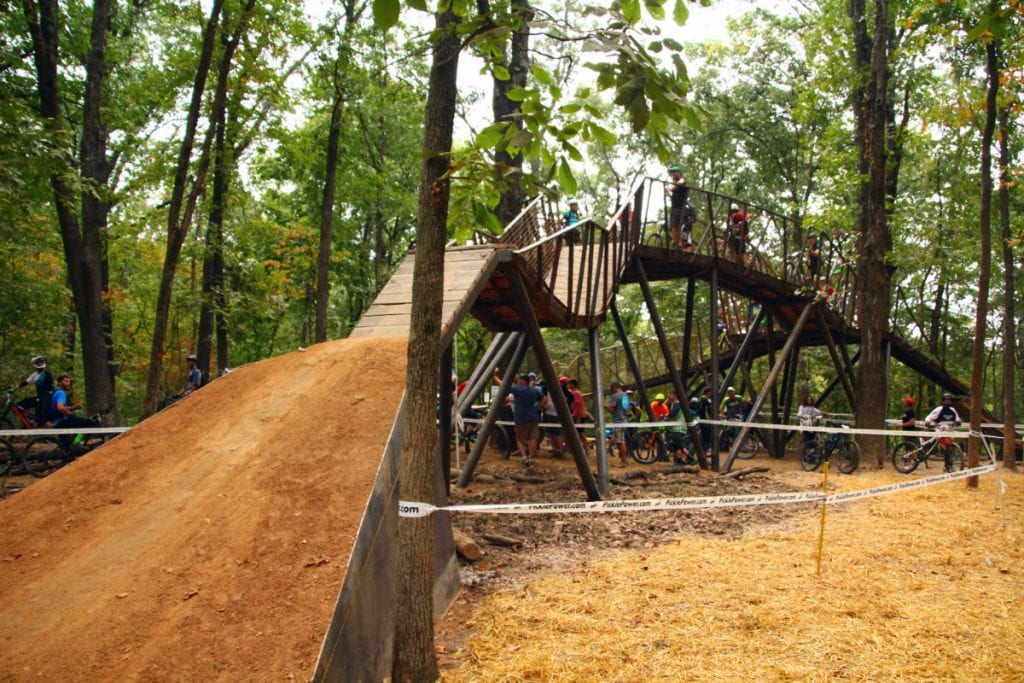 It’s no secret that mountain bikers will travel far to ride great trails. We’ve covered this thoroughly. Towns build trails, mountain bikers travel to towns, ride trails, buy lots of beer and pizza after the ride, businesses make money, and the story goes on. This isn’t exactly a sustainable way of living for most of us though, […] 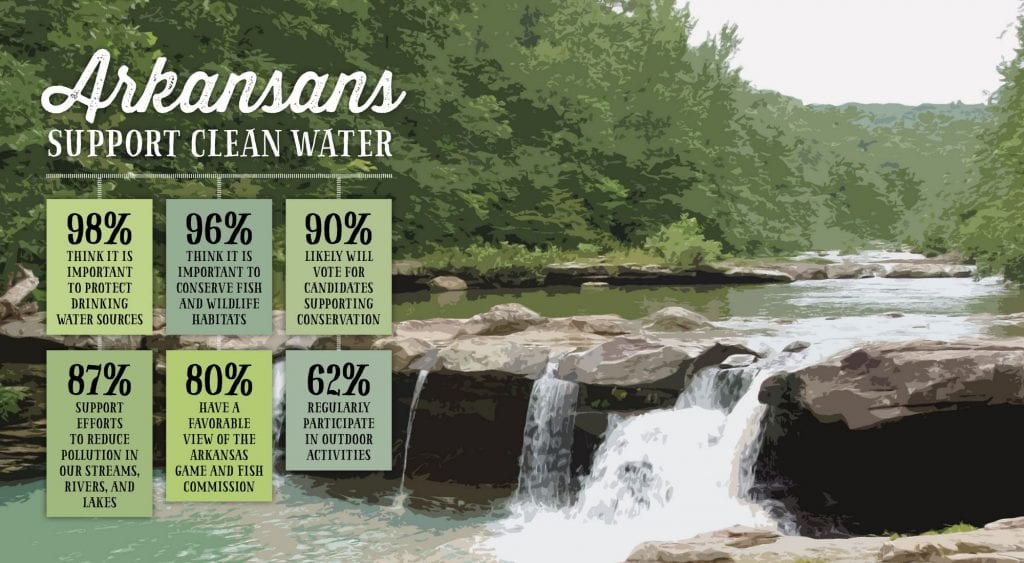 The Nature Conservancy in Arkansas recently conducted a statewide poll of likely voters to better understand conservation interests and priorities. Protection of drinking water sources and conservation of fish and wildlife habitats ranked highest among those polled. A survey was conducted by Gilmore Strategy Group of Little Rock. Jon Gilmore, founder of the group, said […] 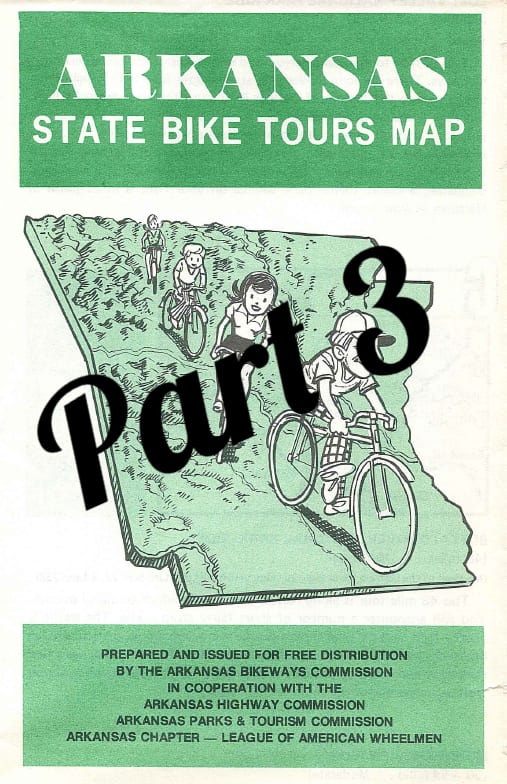 Week three of our trip down memory lane to 1978 includes the first day of Spring. We couldn’t think of a better time to introduce you to weather averages in Arkansas from over 40 years ago. We checked the US Climate Data website and found some slight changes. The maximum average is up almost a […] 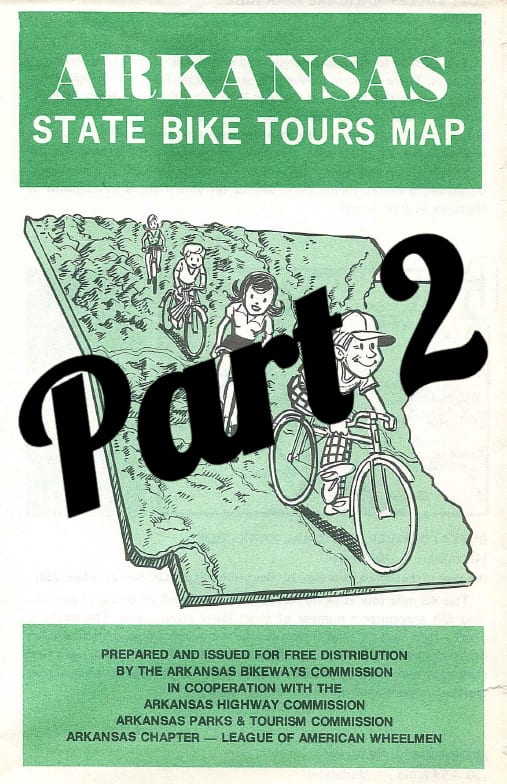 Get caught up: Part 1 of the Series On to Part 2 There is still a great deal of relevance to this 40-year-old map/guide. First, a bike is still a bike, two wheels, a pedal/crank drive system, and an engine that burns fat. There are some old addresses and phone numbers that I have redacted as they now […] 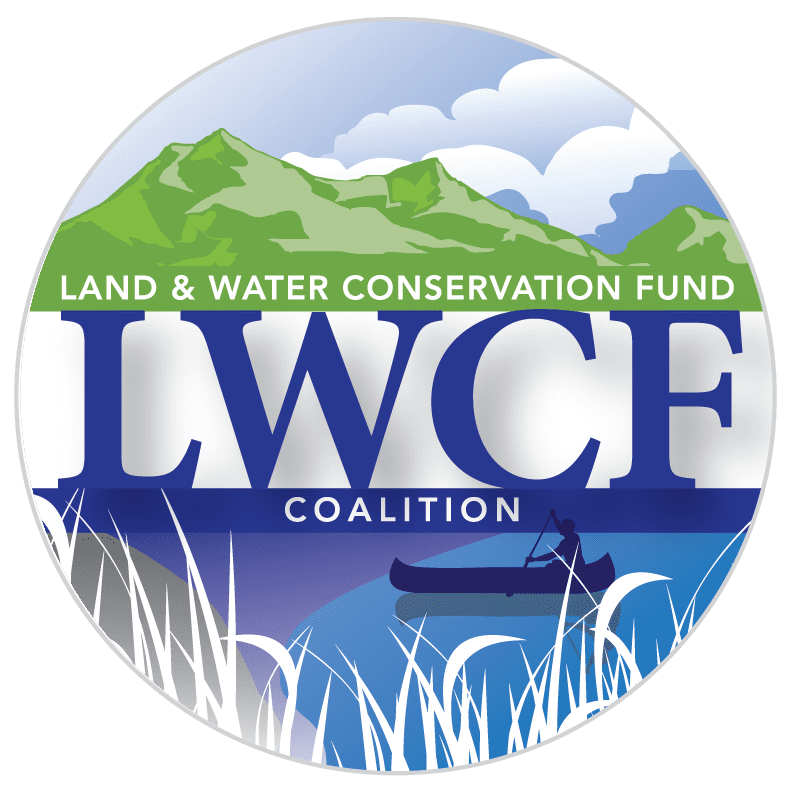 This is a follow-up to an article we ran last September. (from media release) In a historic victory for public lands and close to home recreation, the Land and Water Conservation Fund (LWCF) was permanently reauthorized today as part of a sweeping public lands package signed into law by President Donald J. Trump. The legislation, […]

Get a Dream Spot for Outdoor Recreation 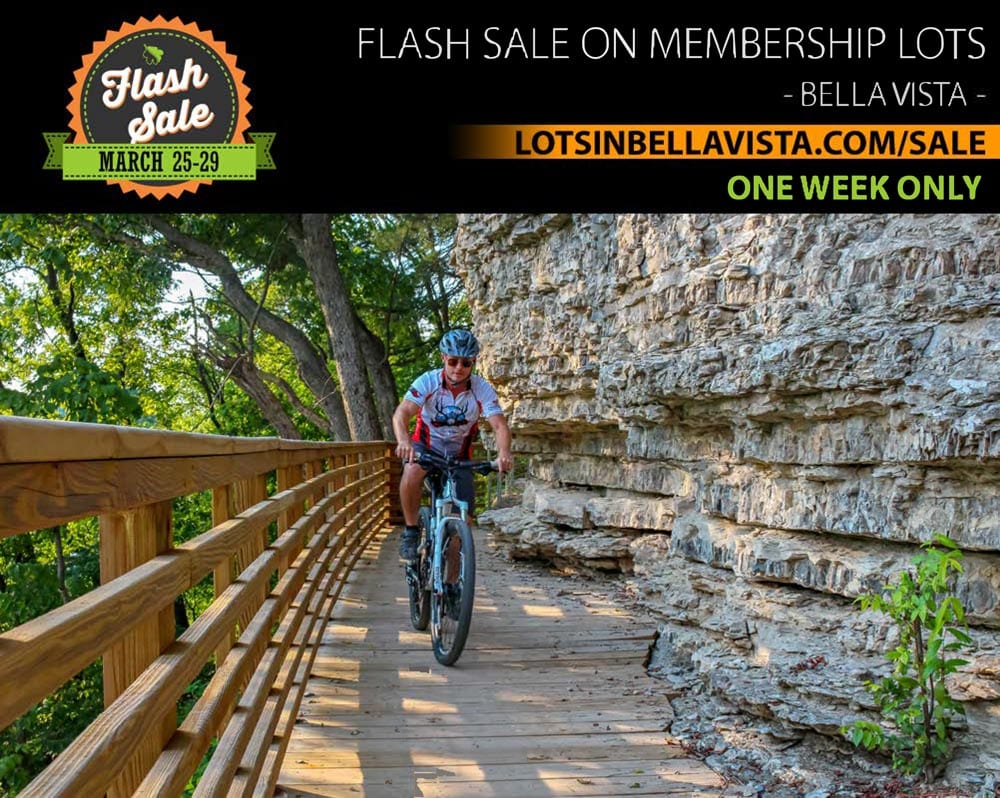 Bella Vista, Arkansas is home to some of the best mountain bike trails in the country. The Back 40 Trail System currently supports national events like the OZ Off-Road Ride. A new system called the 11Under Trail System is currently under construction and builders are working to make it even more exciting than the Back […] 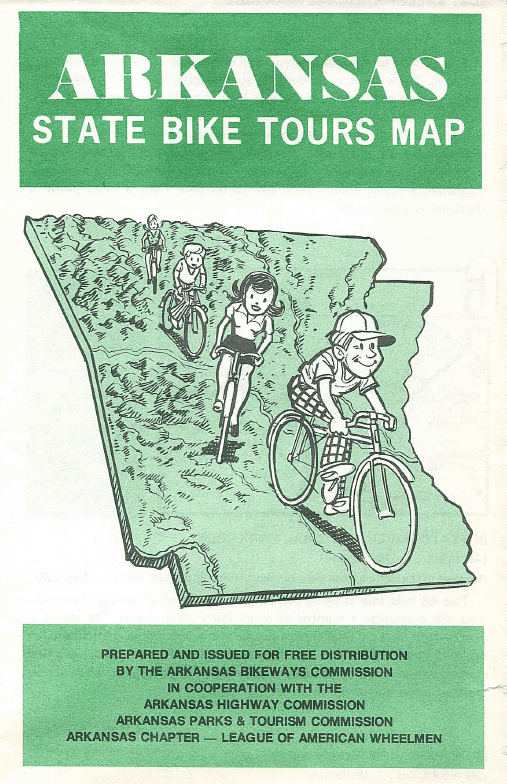 My offices at Arkansas State Parks have been going through a bit of upheaval recently. Things change over time and new positions are created, people take on new tasks, and sometimes we just need a move to get things cleaned out. A few bits of history were discovered during the ensuing chaos. Recently, someone, I have no […]