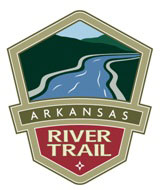 From MetroPlan – Community leaders will gather Friday, June 1, at 10:00 am on the Little Rock side of the Big Dam Bridge to sign “A Memorandum of Understanding,” establishing the Arkansas River Trail System.

With the signing of the memorandum, the Arkansas River Trail System will be extended to 88 miles across multiple cities and counties, connecting 38 parks and six museums with 44,000 residents and 54,000 jobs — all located within a half-mile of the trail. This event will highlight the environmental, economic and health benefits of a well-designed trail system.

The Arkansas River Trail System began as a 14-mile loop between Little Rock and North Little Rock, transecting and connecting the riverfront parks of both cities. It has become the catalyst for the development of bicycling/walking/running trails in the entire metropolitan area, traveling west on both sides of the Arkansas River to Pinnacle Mountain State Park over the Two Rivers Park Bridge.

“This is not only the premier trail for recreation, but also the premier trail for commuting as it creates a safe way for east-west transport,” said Jim McKenzie, executive director of Metroplan. “This trail system has received national recognition and will hopefully attract the millennial generation who are looking to start families and careers in environments with creative amenities.”

Officials will include mayors from the cities of Little Rock, North Little Rock, Maumelle, Conway, Mayflower and Bigelow, along with the county judges of Pulaski, Faulkner and Perry counties. Richard Davies, the director of the Arkansas Department of Parks and Tourism, Scott Bennett, the director of the Arkansas State Highway and Transportation Department, and Colonel Glen Masset representing the U.S. Army Corps of Engineers, will also sign the memorandum.

“The signing of the MOU is an unprecedented event, with several different cities, three different counties, two state departments and a federal agency agreeing to jointly maintain and operate a premier trail in the United States,” said McKenzie.