Rollin’ Down The Highway

The Highway 71 Classic is, as its name suggests, a classic ride in Northwest Arkansas, attracting more than 200 cyclists a year. While there are a few different ride options (including a “dirty” route), the main one goes from the Greenhouse Grille in Fayetteville to Mountainburg and back, covering just under 75 miles. Highway 71 […]

Running with the Pack

The Chase Race and Paws gives everyone a chance to run with the pack, whether the pack is the fastest runners in Arkansas, friends,  family, or furry four legged friends. The Chase Race has been an annual event since 2006 when Don and Cheryl Potter organized the event in memory of their son, Donald Lee […]

Wise Words from an American Adventurer

Over 50 years ago, Jim Whittaker became the first American to summit Mount Everest. In his own words, he did not conquer Everest, “You never conquer a mountain. Mountains can’t be conquered; you conquer yourself.”  You’ve probably read his most famous quote in a meme or on a t-shirt, “If you aren’t living on the […] 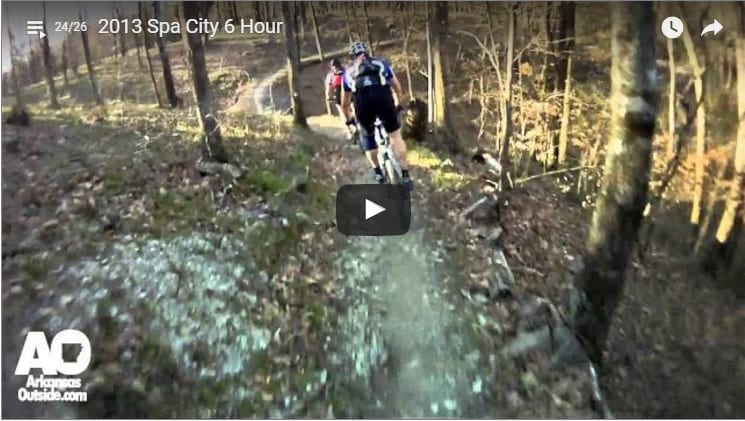 It’s at a different time of year and it’s now a 5 hour race but these videos from previous Spa City races at Cedar Glades should inspire you to join the fun on July 10th. The final video gives the best idea of the course. We were going back through our old You Tube feed […]

Around mile 10 of the Little Rock Marathon, my running partner Ashley and I found ourselves running toward an Episcopal church where the priest was blessing runners as they passed by. Ashley turned to me and asked if I thought it would be sacrilegious to be blessed during the marathon. Of course not! A) the […]

Carving up the Crosswinds Classic

Racing bicycles on the road is different than most other events we cover. It’s actually more of a team sport than running, paddling or even trail running. Road cycling teams train together, working out strategies utilizing the strengths of different team members, sprints, climbers, workhorses; it takes all to get a single rider to the […]

You’ve got to LOViT

Not so long ago the Lake Ouachita Vista Trail (LOViT) was a brand new, modest span of 13 miles between Denby Bay and Joplin Road on the southwest side of Lake Ouachita. That was  less than 10 years ago. Today, the LOViT is over 31 miles long and growing, currently stretching from Denby Bay all […]

Run the Line, A Race in Two States

We have a guest post from Ashley Ederington who blogs about running and life with her boys on a hobby farm in rural Arkansas. She loves running and anything pink. She has a degree in Biology and isn’t easily grossed out, Lisa has tried. Last week I joined my local running club, the Spa Pacers, […]

The Sylamore trail holds very special memories for me and the annual Sylamore 25/50K race has been on my races I want to do radar for a couple of years. I was a little disappointed when the race sold out in less than 20 minutes and I hadn’t gotten a spot. Luckily, as sometimes happens […]