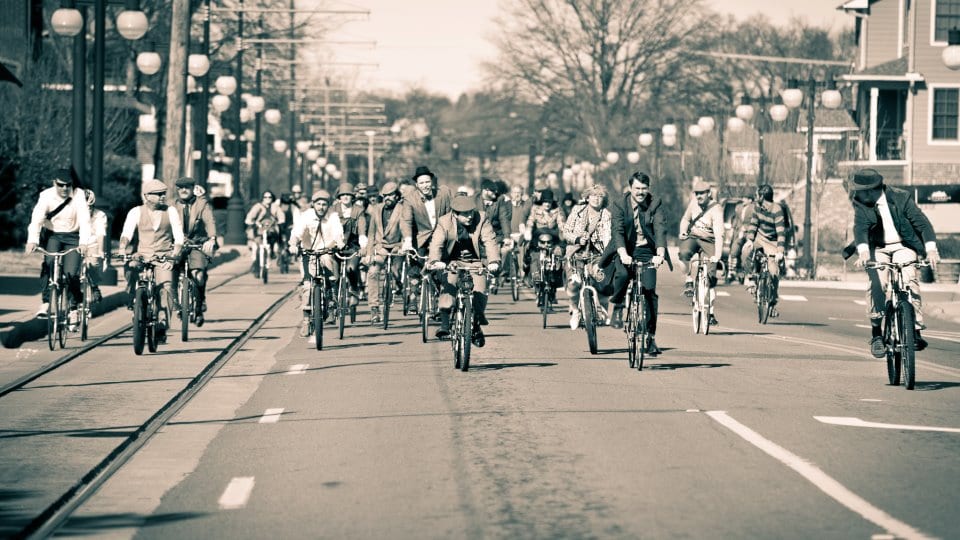 Way back, in 1880, bicyclist formed the first advocacy group of its kind in the country. This group called themselves the League of American Wheelmen. Their goal was to improve the condition of the roads they used for transportation. Until the advent of the bicycle, roads were primarily used by horses, carriages and wagons, or pedestrians. A wheeled vehicle powered by a human was not yet the best mode of travel on the dirt and gravel roads of the time. Rutted byways and muddy streets slowed bicycle travel greatly. To address this, the wheelmen created the Good Roads Movement (not to be confused with today’s Good Roads Foundation here in Arkansas which busies itself with vehicular transportation, mainly).

There is some great information on the Good Roads Movement and the partnership of bicyclists and farmers in an article in Smithsonian Magazine, a bit is excerpted here:

“Through the 1880s, spring and fall rains routinely turned dirt lanes into impassable mud pits that brought rural life to a standstill, stranding farmers at home with their produce and leaving grocers’ shelves bare. In the summer, the roads bore deep, sunbaked ruts; in the winter, treacherous ice slicks. The nearby farmers who were responsible for maintaining these roads didn’t have the means or desire to pave them, or even to post signs identifying them.

City streets weren’t much better. Though many were paved with cobblestones or wood blocks, they were also slashed through with trolley tracks and scattered with trash and horse manure. In 1892, British novelist Rudyard Kipling savaged New York’s “slatternly pavement” in a travel essay, calling the city’s uneven, stinky streets “first cousins to a Zanzibar foreshore.”

But the same ravaged paths that seemed primitive to foreigners like Kipling were normal for Americans. And they might have stayed that way if it hadn’t been for bicycles, and cyclists who banded together to lobby for government funding of better roads.” (more)

From the Encyclopedia of Arkansas:

“Toward the end of the nineteenth century, bicycling had become popular, and many bicyclists were unhappy over the condition of the roads they were attempting to travel. In 1892, bicyclists began the Good Roads Movement, which pushed for better roads and improved maintenance over the next ten years. While the Good Roads Movement started as a national movement, by 1896, Arkansas had developed a state branch of the movement supported by groups in most of the counties. By 1907, the state legislature had become involved in the funding debate. Act 144 (the Arnold Road Bill) passed by the Arkansas General Assembly in 1907 allowed the counties to set up road improvement districts at the request of a majority of landowners along a road…”(more) 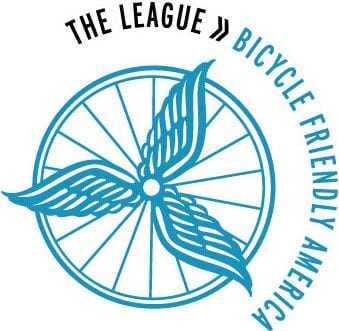 Over the years, the League of American Wheelmen morphed into the modern-day League of American Bicyclists (LAB) and remains very active in bicycle advocacy across the county. One of the major projects they undertake is a ranking report of all 50 states in bicycle friendliness. Over the years, this ranking has been the report card for states in their support for bicycle travel. Historically, Arkansas has not faired well on the report.

It was a wake-up call for Arkansans and in particular Governor Mike Beebe’s Chief of Staff, Morril Harriman, an avid cyclist. A government committee was formed to address the issues. The executive directors of (I’m using the department names of the time) Arkansas Department of Parks & Tourism (ADPT), Arkansas Highway and Transportation Department (AHTD), Arkansas State Police (ASP), Arkansas Department of Health and others met and it was quickly realized that the state had several things going for it if we could just get together on a few things. The following commitments were made:

In the following years, these remedies helped the state improve its bicycle friendliness ranking going from 50 to 37 in 2013, a dip to 38 in 2014, then to 36 in 2015 and 35 in 2017. Starting in 2015, the League began skipping a year. That brings us to 2019 and our best score ever, 32nd. It may not seem huge but moving up 3 points in a year is pretty good when you consider we aren’t the only state trying to improve. As a matter of fact, it will continue to get tougher but I think we are up for it.

Please remember, the ranking is an interesting way to track how we are doing but the goal is to make all modes of transportation safe, accessible, convenient, functional, and enjoyable, whether you’re walking, bicycling, using mass transit, or even driving.

How did we improve our score?

A couple of years ago, Governor Asa Hutchison formed the Governor’s Advisory Council on Cycling* as a way to help the state improve bicycling infrastructure and encourage more bicycling by Arkansans and more bicyclists to visit the state. It’s an unfunded council made up of representatives from several agencies such as Arkansas Department of Parks, Heritage and Tourism, Arkansas Department of Transportation, Arkansas Department of Health plus several members from the private sector representing tourism based companies, local advocacy groups, infrastructure design companies and more. In 2018, the council decided to recommend to the Governor that legislation be run to ad an Idaho Stop law in Arkansas. We would be only the second state in the country to have the complete law, the first being Idaho, of course. During the last legislative session, the bill passed and was signed by Governor Hutchinson in March. It would become Act 650 of 2019 and it went into effect in July of 2019 (details of ACT 650). This bit of legislation along with the 3-foot passing law has moved Arkansas up to 5th out of 50 in the Legislation & Enforcement portion of the rankings.

What can we do better?

Arkansas scored an ‘F’ in three subcategories on the ranking. This is the low hanging fruit. The interesting thing is, none of them will take construction money.

Complete Streets are streets designed and operated to enable safe use and support mobility for all users. Those include people of all ages and abilities, regardless of whether they are travelling as drivers, pedestrians, bicyclists, or public transportation riders. The concept of Complete Streets encompasses many approaches to planning, designing, and operating roadways and rights of way with all users in mind to make the transportation network safer and more efficient. Complete Street policies are set at the state, regional, and local levels and are frequently supported by roadway design guidelines. (more)

A complete streets policy would allow the state to Move forward with making streets safe for everyone in the future.

Is there anything happening now?

What can you do to help?

As always, people have to pick their own level of involvement. Luckily, there are many different things you can do to move our rankings up and improve the safety, accessibility, convenience, functionality, and enjoyment of traveling The Natural State via foot, bike, bus, or car. Here are some things, do one, do several, do something.

You can download the League of American Bicyclists Report Card for Arkansas here. BFS Report Card_2019_Arkansas

*Full Disclosure: I serve as chair of the Governor’s Advisory Council on Cycling.