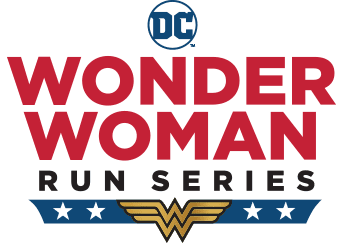 We just added the Little Rock version of this event to our Calendar of Events when this release popped up. It’s great to see Arkansas getting early attention on a nationwide running series.

On the heels of the inaugural 2018 DC Wonder Woman Run Series that attracted more than 10,000 participants to five runs across California, SON Events together with Warner Bros. Consumer Products on behalf of DC, announces the launch of the 2019 DC Wonder Woman Run Series, which will be held in as many as 10 cities across the United States and Canada. In addition to the 5k and 10k runs, some locations will feature a new half-marathon option for those endurance runners. Based on the success of the first series, organizers expect to attract upwards of 100,000 participants in 2019.

In 2019, the races will expand to upwards of 10 markets with the first runs of the series scheduled for Tempe/Phoenix on March 24, Dallas-Fort Worth on April 28, Little Rock on May 11, and Chicago/Gurnee on June 9. More locations will be announced in the coming weeks. Registrants will receive an exclusive race attire kit and commemorative bib and enjoy a pre-race expo and post-race finish line festival with live entertainment, plus complimentary photos. Additional Wonder Woman branded apparel and accessories are also available for purchase to enhance runners’ race attire. The race courses will be designed to wind through each city’s iconic landmarks, historical sites, and beautiful parks, with stunning views and vistas. All DC Wonder Woman Run finishers will receive an exclusive medal of completion to commemorate their accomplishment.

“Wonder Woman has inspired people for generations, and we created the run series as an event and platform for fans to come together to celebrate as a community,” said Maryellen Zarakas, senior vice president of franchise management and marketing for Warner Bros. Consumer Products. “Now we’re bringing this incredible experience to more people in new places, and we’re excited to see the Wonder Woman movement continue to grow.”

“It was such a tremendous and inspiring inaugural year for the DC Wonder Woman Run Series,” said Mark Knutson, founder, SON Events, LLC. “To be among so many people from all backgrounds, who shared a common bond around Wonder Woman — an enduring representation of empowerment and love — plus an affinity to active living, motivated our team to bring the experience to more cities across the country and Canada in 2019. Now is the optimal time for sponsors to join us on this journey filled with so many moments of celebration and inspiration.”

The 2019 series will also include a virtual run, allowing running and Wonder Woman enthusiasts to participate even if they live outside the race cities. Additional details will soon be made available online.

The DC Wonder Woman Run Series is operated by SON Events, LLC, an independent licensee, in partnership with Warner Bros. Consumer Products on behalf of DC.

SON Events is a premier race event management team with over 80 years of combined experience. Formed in 2018, SON Events planned and executed five races that same year in some of the largest markets in the United States. The team prides itself on providing fresh ideas and resources to implement largely popular and successful events no matter the location. SON Events believes running a race should be about both celebrating health and creating an unforgettable experience for each and every participant.

Warner Bros. Consumer Products (WBCP), a Warner Bros. Entertainment Company, extends the Studio’s powerful portfolio of entertainment brands and franchises into the lives of fans around the world.  WBCP partners with best-in-class licensees globally on an award-winning range of toys, fashion, home décor, and publishing inspired by franchises and properties such as DC, the Wizarding World, Looney Tunes and Hanna-Barbera. The division’s successful global themed entertainment business includes groundbreaking experiences such as The Wizarding World of Harry Potter and Warner Bros. World Abu Dhabi. With innovative global licensing and merchandising programs, retail initiatives, promotional partnerships and themed experiences, WBCP is one of the leading licensing and retail merchandising organizations in the world.

Home to iconic brands DC (Superman, Batman, Green Lantern, Wonder Woman, The Flash), DC Vertigo (Sandman, Fables) and MAD, DC is the creative division charged with strategically integrating its content across Warner Bros. Entertainment and WarnerMedia. DC works in concert with many key Warner Bros. divisions to unleash its stories and characters across all media, including but not limited to film, television, consumer products, home entertainment and interactive games. Publishing thousands of comic books, graphic novels and magazines each year, DC is the largest English-language publisher of comics in the world.