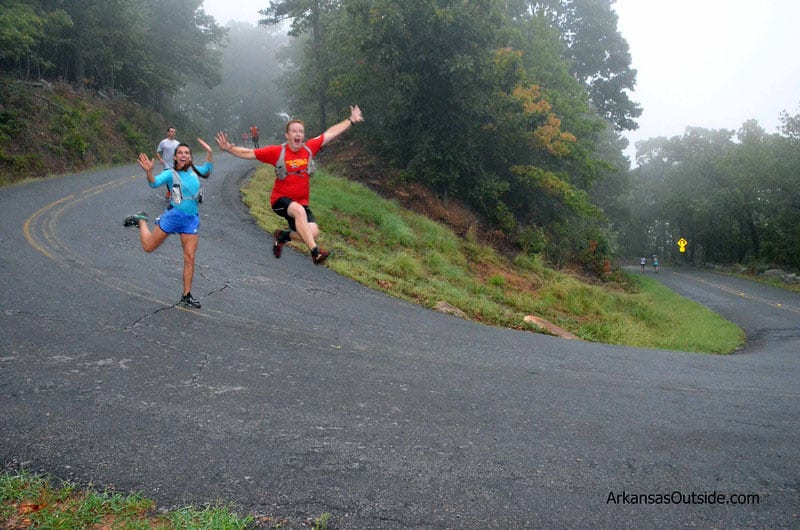 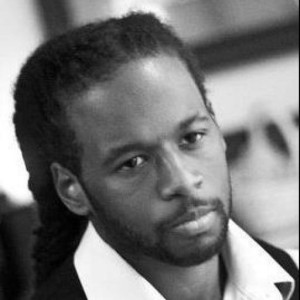 Down and Up We Go – Mt. Nebo Trail Run

After finishing 10 miles in Conway with the Conway Running Club and Team Loco the night before, I knew my body was in for a treat at Mt. Nebo.  Unlike last year, I wasn’t dealing with the infamous IT bandit.  I’m glad he wasn’t tagging along for this run.  He can be bothersome, but especially on hills.  To the mountain we go!

About 100 runners showed up, many of which were first timers.  Greg Cawein was not only running Mt. Nebo for the first time, but it was his first time attempting the distance.  He sure picked a good one.  Runners from Memphis Runners Track Club woke up at 1:30 a.m. to make the trip.  No need for me to complain about waking up at 4 a.m.   There was also a group that came down from NASA.  Click on the link because I can assure you it’s not the NASA you’re thinking about.

Mt. Nebo Trail Run is the second race in the AURA Ultra Trail Series.  It’s a mix of road, rocks, and trail.  The start is atop the mountain close to the campground area.  The overcast sustained a nice temperature, but it did nothing for the humidity.

The route includes views from Sunrise Point and Sunset Point, however, the fog was not being cooperative on this day.  After 2.5 miles of running at the top, you scurry down to the Bench Trail, which you run 1.5 times.  If you like the Bench Trail, there is a 4-mile race held on the third weekend in December put on by Michael Witt.

One can appreciate the woodland that features a mix of hardwood and pine forest on the Bench Trail. Every now and then you’d feel a few raindrops.  I was thinking, “Bring the rain!”  It never happened, but I suspect it was because I didn’t do the rain dance I planned.  Right before mile 6 you reach the only aid station.  This is important because you pass it 3 times.  It would not be good if you arrived here to find nothing.

After running the Bench Trail again, you start the descent.  It’s the same road used when driving to the top, so you already know your fate.  Gravity takes over and your pace increases.  You dash down to the bottom knowing your quads will not be happy the next day.  Just when it flattens out, there is the turnaround.   This is the fun part!  In case you’re wondering that was a sarcastic remark.

You do what you must to get to the top.  If I had to, I would crawl.  You think of those mantras you have packed away for rough times, but honestly if you could you’d probably teleport yourself to the top.  Don’t think I didn’t try.  Whether going down or coming up you see runners lending encouraging words and gestures.  I’ve always intended to count the switchbacks, but I always forget.  This time I knew Joe, the guy taking the pictures, was at the switchback before the aid station.  I have never been happier to see him.  I decided to pose for a good photo that later I would regret.  It was not a good idea for me to get on the ground.

Continuing your relentless pursuit, you eventually reach the apex of the run.  This time the fog had subsided enough to see the Arkansas River Valley below.  For some conquering Mt. Nebo is not enough.  After Mark DenHerder finished, he decided he needed a little extra.  He went down and came back up again.  Those NASA people are out of this world.

Finishing a long run or long race makes one appreciate the simple joys of life.  Food and water never tasted so good.  A hot shower never felt so refreshing.  Imagine what it would be like if it was your birthday run.  I hope you had a good one Jenny!

Yes, we did video the run:

Next on the AURA Ultra Trail Series schedule are the Bartlett Ultras on September 22 and the Arkansas Traveller 100 on October 6-7.  If you’re not running, volunteers will not be turned down.

You can usually find me lurking on Twitter @absolut_zer0 or reporting on races in the great state of Arkansas for Pace Per Mile. Photos & Video by Joe.