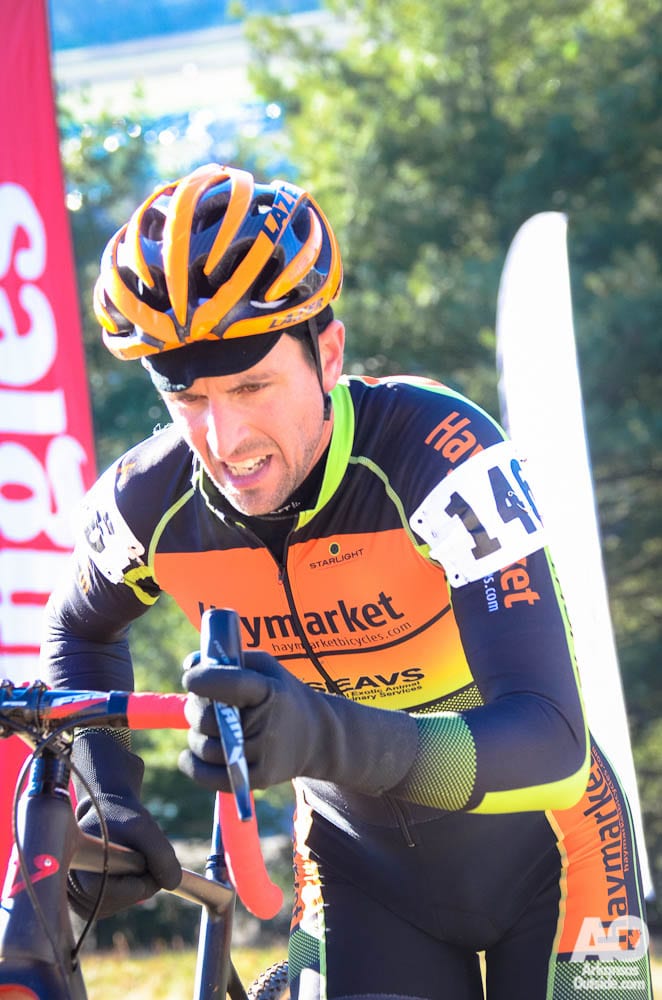 Day two was our chance to watch some friends take on this monster course. (Day One Here) The layout of the 2016 Cyclocross Nationals course was unlike any I had seen at any cyclocross race I have attended. Time for a little description of this beautifully difficult course.

The starting line began with a long paved straightaway that passed under the finish line banner. A quick left turn took racers off the pavement and under the Kask Flyover. Down a quick shoot and over the first flyover. Just before this flyover a muddy area formed making it tough for the less experienced riders to keep the momentum they needed for the flyover. Up and over, the racers then make a quick hairpin turn and arrive on a straightaway past the pit area then another hairpin turn and under the flyover they had just crossed.

Next up was the first forced dismount for most, a wall of dirt that looked like it went straight up. Over the week this became muddy and slick making it a tough climb with a bike on your shoulder. At the top, riders made a quick right and onto a gravel road. Soon the riders dropped off the gravel road and under the Kask Flyover again. This flyover was large enough for two way traffic under it. The next challenge was an uphill hairpin turn into an off camber section. Riding round to the right and racers went into the barn. Yes, the barn.

The course is on the grounds of the Biltmore Estate at the Antler Hill Village. This beautiful area is home to much of the recreational activity on the estate plus a working winery. Cedrics Restaurant, several gift shops, Land Rover Adventure Tours, paved and unpaved trails and some farm animals make this area the hub of outdoor adventures. The barn facility is a gathering place and ironically, where they rent out bikes for visitors.

The race went through a covered section before heading up toward Ingles Heckler Hill. A slight uphill and then a 90 degree left turn took riders straight up. A small percentage of each race we saw were able to ride the hill, but most shouldered or pushed their bikes to the top as spectators yelled, sometimes cheering sometimes jeering, and made a lot of noise. At the top racers made another left with a short chance to remount before another hairpin turn and a downhill, off camber turn to the left. We saw a lot of dabbing (touching a foot down) as they rounded the turn. Now for a fast downhill into the woods and then out and a sharp left down.

Riders then finally cross over the top of the Kask Flyover. A quick gradual downhill took the riders through a few turns and past the pit area again. This was followed by a long, switchback climb up Bonk Breaker Hill, across Cemetery Hill and then a technical drop through the Cane Creek Woods. This is followed by the longest straight, flat section of the course only broken up by the TRP Barriers. Another left turn and they were back at the beginning. It seems like a lot, but faster riders cleared this over 3 kilometer course in as little as 8 minutes during the races.

Kirk and Steve finished 48th and 49th, respectively in the top half of the 105 person starting field for the 45-49 year old masters Cat 1/2/3 group. Good work in a national event.

All 11 masters men’s categories took on the challenging Biltmore Estate course at the 2016 USA Cycling Cyclo-Cross National Championships on Wednesday, claiming the first Stars-and-Stripes jerseys of the six-day competition in Asheville, N.C.

After a day of non-championship competition the day prior, 760 riders clipped in Wednesday to vie for the event’s first 11 national titles.

A lot more photos from the day are available on our Facebook Page.