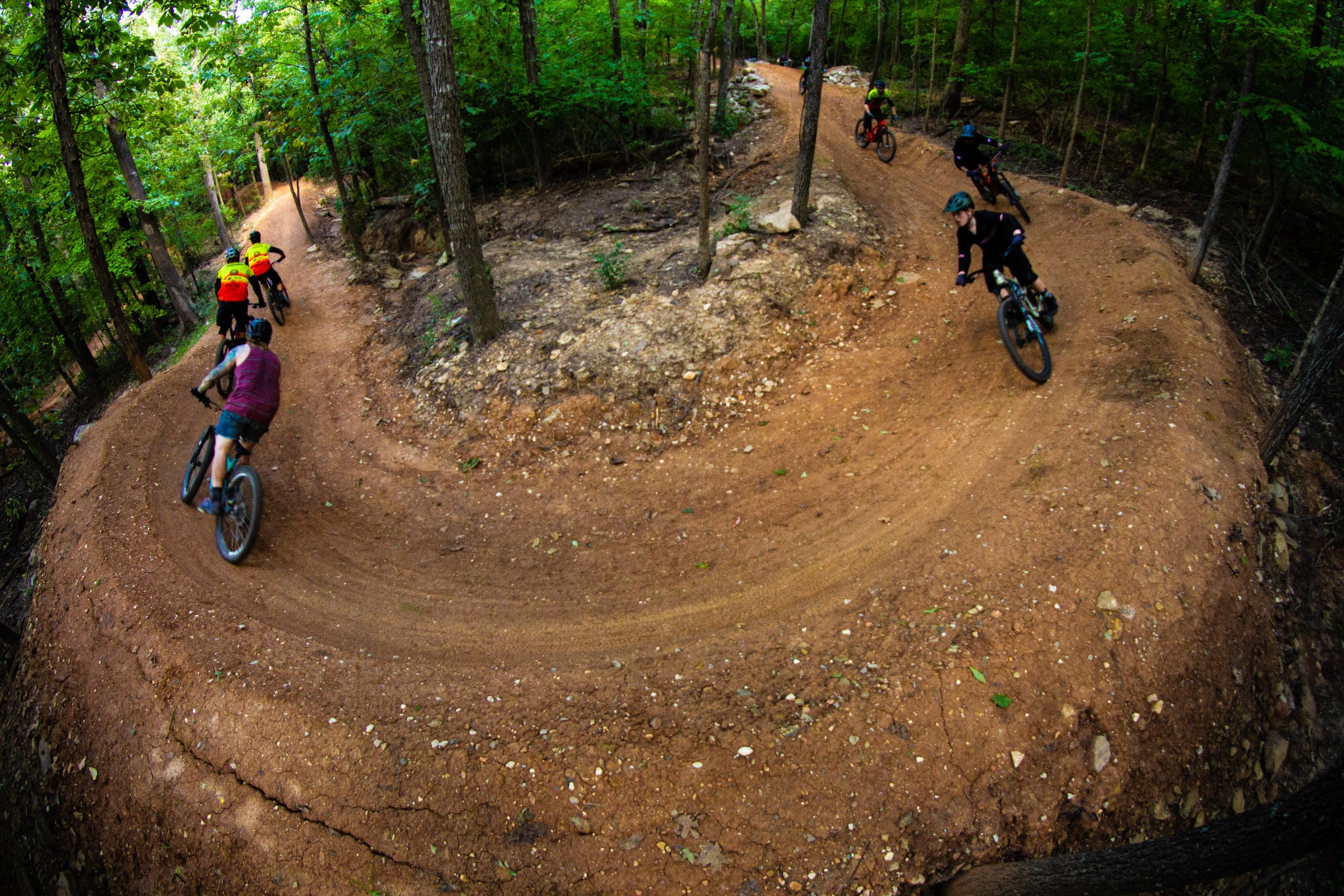 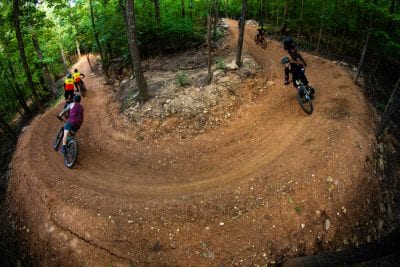 The City of Fayetteville will celebrate the improvements that have been made to Gregory Park over the last two years with a ribbon-cutting ceremony on Saturday from 2 to 4 p.m. The park now has new mountain biking and hiking trails, a skills course, and a pump track, as well as a hammock hangout and a new parking lot. Listen to the radio program here….(more) 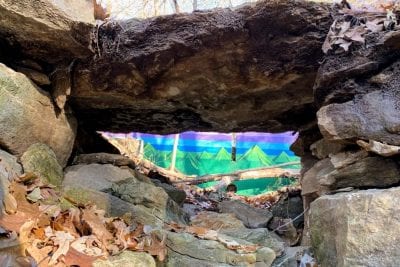 There is a mountain bike buzz about Bentonville, Arkansas that is getting louder and louder. Folks kept talking about the trails but I kept ignoring it. Sure they have Walmart money but they don’t have any elevation! And it’s in the Midwest where there are no bike destinations. Or is it in the South? Where is it anyway?

Well, folks who I respect and who ride a whole lot better than me have ridden out there and their reviews have been stellar. Not only are they talking about riding but they can’t stop talking about the food! They even rave about the art (when they don’t have an artistic bone in their body unless it’s bike art at from the Handmade Bike Show.)

And to top it off, a few folks I know moved there! And a couple bought vacation houses there so I had to visit and see for myself. Also, see the video at the link…(more)

The benefits of simplifying your child’s world are many. And it can make your life more fulfilling, too. Children flourish when they have the time and space to explore their world without the constraints of “too much.”

THE PROBLEM WITH “TOO MUCH”
“Too much” is overwhelming and stressful, whether it’s too much stuff, too much information, too many activities, too many choices, or too much speed – always hurrying from one task to the next… with never a moment to relax or play. Having and doing too much can overwhelm a kid and lead to unnecessary stress at home and in the classroom.

Simplifying a child’s routine, surroundings, and cutting down on information- and activity-overload can help overstimulated kids become less argumentative and disruptive.

When you simplify a child’s world, you make space for positive growth, creativity, and relaxation.

“Many of today’s behavioral issues come from children having too much stuff and living a life that is too fast,” says Kim John Payne, author of Simplicity Parenting: Using the Extraordinary Power of Less to Raise Calmer, Happier and More Secure Kids…(more)

How Outdoor Recreation can Help Rural US Communities – REI 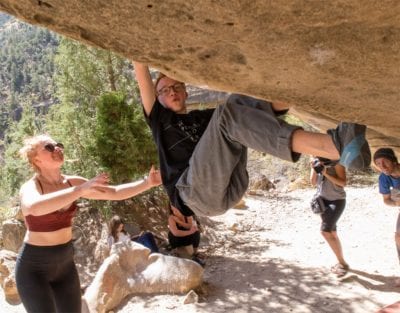 Just as desert temperatures started to dip this September, more than 400 climbers descended on Castle Dale, Utah, for the fifth annual Joe’s Valley Bouldering Festival. This sudden influx of people caused the town’s population of around 1,500 to increase by nearly one-third over the weekend. Although most visitors were there to enjoy the outdoors, they also had a lasting impact on Castle Dale’s economy.

For decades, the small, rural Utah town’s primary economic driver has been coal mining and the nearby Huntington and Hunter power plants. However, in recent years, residents noticed a large number of climbers from around the globe visiting every spring and fall to attempt the countless bouldering problems located on the hundreds of miles of public lands near the town. Instead of turning a cold shoulder to these new visitors, they partnered with forward-thinking event organizers Steven Jeffery and Adriana Chimaras to launch an annual bouldering festival, creating a new opportunity for the town’s economy…(more)

Have a great weekend and we’ll see you on a trail.