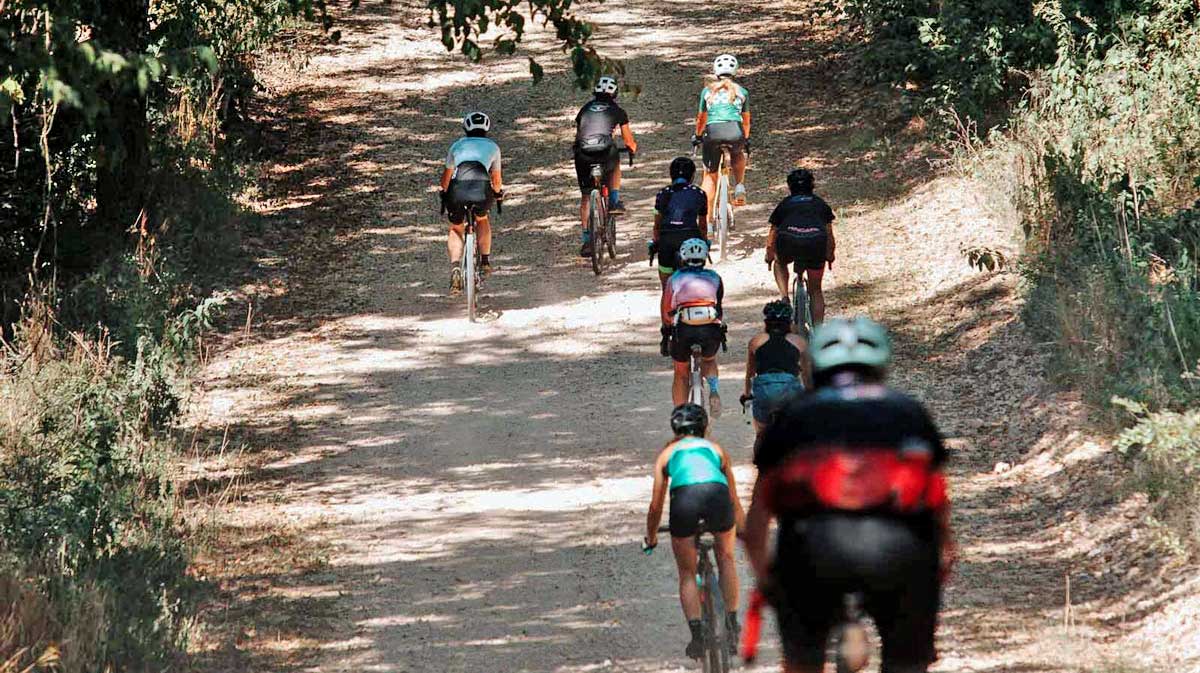 The Highlands Gravel Classic, a new professional and amateur gravel cycling event, is coming to the Fayetteville, Arkansas area on June 25, 2022.  Registration is now open at www.highlandsgravelclassic.com. The field is limited to 1,100 riders total.

As part of the recently announced Union Cycliste Internationale (UCI) Gravel World Series calendar, the Highlands Gravel Classic will be the first race in the series to be held in the United States and one of fourteen events included from around the world. As part of the series, the Highlands Gravel Classic will be a US qualifier for the 2022 UCI Gravel World Championships – a location to be announced later in the Spring. The series will have a total of 13 events with 2 races in the United States, 2 in Australia, and one event in each France, Poland, Holland, Mexico, Sweden, Belgium, Italy, and Spain.

Starting just east of Fayetteville, the Highlands Gravel Classic features the beautiful gravel roads of the Boston Mountain range of the Ozark Mountains of Northwest Arkansas – known as the Highlands! Featuring miles of canopy-covered gravel roads, participants can expect continuously changing terrain through the rural backcountry of the Ozarks.

“We are proud to partner with the national and international governing bodies of the sport of cycling and are extremely honored to be part of the inaugural UCI Gravel World Series and awarded the first US qualifier,” said Race Director Bruce Dunn. “The world has been coming to Fayetteville for many years to compete in elite-level road racing. With the Highlands Gravel Classic, now we will see competitors from across the country and around the globe coming to ride and compete on the scenic gravel of the Ozark Mountains.”

The inaugural Highlands Gravel Classic is being presented by Moosejaw and Moosejaw.com, an online and national retailer specializing in outdoor recreation apparel and gear for snowboarding, rock climbing, hiking, camping, and more. Moosejaw has multiple brick and mortar locations across the country, opening its newest store in Bentonville, Arkansas in 2021.

More information on this event can be found here.