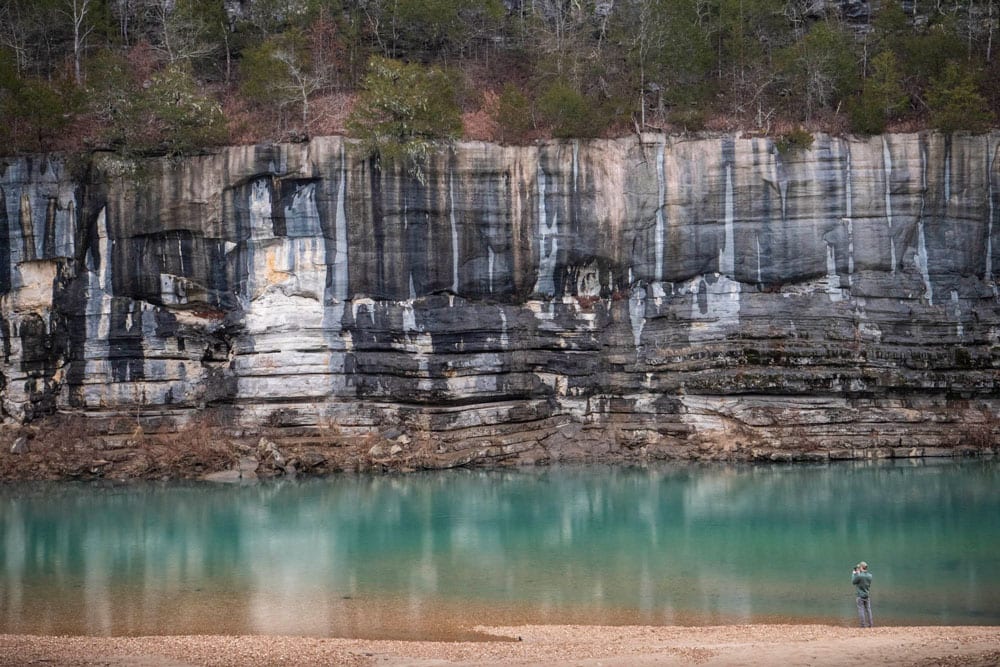 Not all government agencies are the same and it is a good idea to know the differences. Arkansas is known as the “Natural State” because of all the outdoor recreational opportunities in the state. Besides the obvious hunting and fishing opportunities, we have many unique natural amenities. Here is a rundown of some of the local, state, and federal land management agencies that protect and promote outdoor recreation in Arkansas:

City and county governments manage some wonderful public parks in Arkansas. These are most often associated with organized sports like softball/baseball fields and soccer fields, but they often are large enough to include various trails for horses, bikes, and hiking. Examples of these kinds of parks are Burns Park (North Little Rock Parks and Recreation), Two Rivers Park (Pulaski County), Ben Geren Regional Park (Sebastian County), and Lake Fayetteville (Fayetteville Parks and Recreation). These parks are the ones close to home. The ones you visit on a quick day trip although some can include camping. Check with your local and county government agencies to learn more about these parks.

These 52 parks are spread all across Arkansas. The state parks have been a key player in outdoor recreation and as an introduction to the outdoors for Arkansans and visitors for over 78 years. These parks are very diverse consisting of large recreational and environmental parks like Hobbs State Park-Conservation Area and Village Creek State Park to smaller museums and historic monuments. The Arkansas State Park system is funded by a portion of the Amendment 75 Conservation Tax, revenues from park operations, and general tax revenues. They are considered one of the premier state park systems in the country boasting modern facilities, educational opportunities for visitors, and access to lakes and rivers, trails, and history. They also have a search feature on their website which lets you find all the trails in state parks.

The Arkansas Natural Heritage Commission (ANHC) was established in 1973 to identify and protect the state’s remaining high-quality natural communities. To protect the “best of the last,” ANHC manages a System of Natural Areas and maintains data on the status of rare species and natural communities. Lands protected within the Arkansas Natural Heritage Commission’s System of Natural Areas comprise some of the state’s most ecologically significant areas. In many cases, these areas protect natural communities that have all but vanished from Arkansas.

The Arkansas Game and Fish Commission plays an important role in keeping The Natural State true to its name. During the last 100 years, the agency has overseen the protection, conservation, and preservation of various species of fish and wildlife in Arkansas. This is done through habitat management, fish stocking, hunting and fishing regulations, and a host of other programs. The AGFC manages over 120 Wildlife Management Areas, 4 Nature Centers, and 4 Education Centers.

The Arkansas Forestry Commission was established with the passage of Act 234 by the 1931 session of the Arkansas Legislature. AFC works with agencies, organizations, and residents to prevent and suppress wildfires, control forest insects and disease, grow and distribute trees, and gather and disseminate information concerning the growth, use, and renewal of forests. They maintain an excellent map of burn bans by county. (County judges set burn bans, not the AFC)

There is one place that must be mentioned in any discussion of outdoor playgrounds, Camp Robinson Trails. This system of 30-40 miles of trails built by local mountain bikers is a monument to the love these volunteers have for mountain biking in Arkansas. The land is managed by the Arkansas National Guard which means it falls under the control of the State of Arkansas. Besides mountain biking, the area is great for trail running and is also used for hunting a couple of times a year. The cost to use the trails is $25 per year or you can get a 3-day pass for just $5. To keep up with how to access these trails just minutes from Little Rock and North Little Rock, go to our Camp Robinson Step-by-Step page.

Arkansas is served by three U.S. Army Corps of Engineers Districts, Little Rock, Memphis, and Vicksburg. The USACE manages most of the large water projects in the state including locks and dams. They also manage more campsites than any other agency in the state and control access to large lakes and rivers throughout the state including the Arkansas and Mississippi rivers.

Little Rock: (the entire northern part of the state)

Little Rock District is among the most visited Corps districts in the nation. The district operates nearly 180 public parks and access areas in Arkansas and southern Missouri. 25 multi-purpose lakes and navigation pools, combined with project lands, provide nearly 500,000 acres of public land and water that offer a full range of outdoor recreation opportunities. They manage these public resources to benefit fish and wildlife and to serve present and future generations. Major activities include sightseeing, camping, boating, swimming, skiing, hiking, fishing, hunting, picnicking, scuba diving, and more.

Memphis: (mostly in the eastern part of the state)

Vicksburg: (mostly in the southern part of the state)

Aside from the water itself, the terrestrial resources that surround our lakes are valuable assets that sustain the exquisite nature of our 10 lakes. Original congressional authorizations were limited in some cases to only one purpose, Flood Damage Reduction at older projects. More recent authorization included multi-purpose functions such as Hydropower Production, Natural Resource Management, Environmental Stewardship, Water Supply, Public Recreation, as well as Flood Damage Reduction.

Arkansas is home to two national forests, the Ouachita National Forest and the Ozark-St. Francis National Forest. The forests are managed for multiple uses, including timber and wood production, watershed protection and improvement, habitat for wildlife and fish species (including threatened and endangered ones), wilderness area management, minerals leasing, and outdoor recreation.

The Ozark-St. Francis National Forests are really two separate Forests with many differences. They are distinct in their own topographical, geological, biological, cultural, and social differences, yet each makes up a part of the overall National Forest system.

The St. Francis National Forest covers 22,600 acres in eastern Arkansas, one of the smallest and most diverse forests in the country.

The Mission of the National Wildlife Refuge System is to administer a national network of lands and waters for the conservation, management, and where appropriate, restoration of the fish, wildlife, and plant resources and their habitats within the United States for the benefit of present and future generations of Americans. There are ten National Wildlife Refuges in Arkansas including Holla Bend and the White River National Wildlife Refuges. The refuge system provides important opportunities for compatible wildlife-dependent recreational activities involving hunting, fishing, wildlife observation and photography, and environmental education and interpretation.

Many of these lands overlap or are managed through partnership agreements. For example, Mount Magazine State Park and Mississippi River State Park both exist on land owned by the National Forest Service. Also, state parks on many of the Corps of Engineers Lakes such as DeGray Lake and Lake Ouachita are operated through similar agreements while most of the lake is controlled by the Corps of Engineers. The state parks have also turned parkland over to the National Park Service such as Buffalo Point and Lost Valley at Buffalo National River and Arkansas Post National Historical Site. The Arkansas Game and Fish Commission has jurisdiction over hunting and fishing activities on any public lands in Arkansas including Federal lands. Each agency has a different mission and different rules for enjoying these places. It’s important that Arkansans know the differences and who to contact in emergencies or in case they have suggestions or grievances for a land manager.

All these recreational areas go into making Arkansas a wonderful place to play outside. They give us the nearby places that we enjoy escaping to. whether it’s hiking through the mountains, paddling through wetlands or cycling along a ridgeline we wouldn’t have access to most of this beauty if it weren’t in public hands.