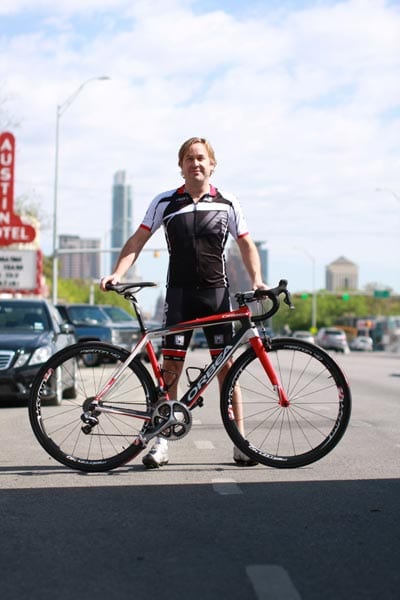 Tony Karklins, along with a few other investment partners, has acquired the tooling, machinery and intellectual property from Montreal-based Guru Cycles and plans to set up a composite/carbon factory in the U.S.

Guru Cycles filed for bankruptcy in December and its owners auctioned off assets in February. Karklins did not buy the Guru trademark name, which is owned by Dorel’s Cycling Sports Group.

Karklins has a long history in the bike industry. He founded Orbea USA, where he worked until 2014, and held a short stint with retailer BikeStreet USA. More recently he was general manager of BST Bikes, former owner of Ellsworth and component brand Synergy Nano. Ellsworth was acquired earlier this year by Jonathan Freeman, a San Diego investor.

Karklins got his start in the industry at retail as owner of Chainwheel, an IBD in Little Rock, for 19 years before launching Orbea USA in 2001.

“Guru had one of the nicest factories in North America,” Karklins told BRAIN. “The facility was capable of producing up to 4,000 units per year. I’ve acquired all the assets, everything down to the phone system. All the manufacturing equipment and tooling to make the product they’ve been developing up there.”

Karklins declined to say how much he paid for Guru’s assets, but he said the new company will be different from Guru and the product will be distinct. He said his focus will be on composite manufacturing, whereas Guru also manufactured bikes from titanium and steel and mostly did custom builds.

“My project won’t be focused on custom but American manufacturing of composite brands. There’s a lot of people doing good custom work in the market — what we need is a higher-production composite brand made in North America,” he said. “We have tooling to go into the metal side, but business is 80 percent-plus carbon, for sure, in this market.”

Karklins said he’s scouting a location for the new company and expects the new brand to come to market in the next six to 12 months. “Right now everything is going at a faster pace than expected,” he said.

Karklins is based in Little Rock and has been in conversations with development officials in Arkansas, but has also had discussions with Colorado and Texas about locating the company there. He expects to have a functional factory within the next 60 days.

“We have a lot of work ahead of us,” he said. “We’re going to be quiet for a while and get busy starting the manufacturing. The industry will see us surface at the end of the year.”

Let’s hope that Tony is able to bring the new brand to Little Rock.