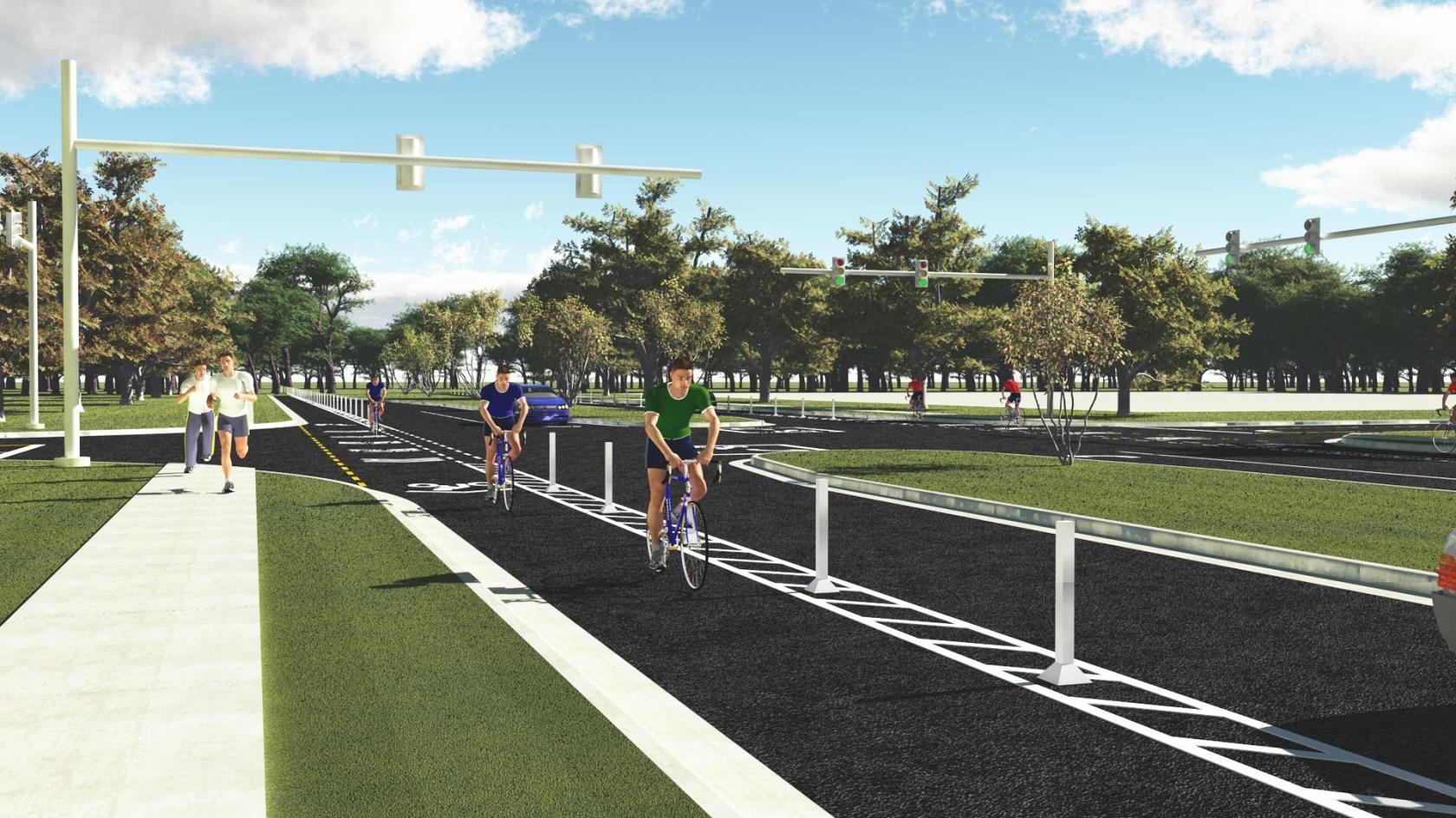 Update: This from Jeremy Lewno, Bike Pedestrian Coordinator for the City of Little Rock, “Great news to report! All of the emails and messages have worked. Ward 2 Director Kathy Webb asked the City to proceed with the Grant Application to restructure Riverfront Drive, referencing the 70 some emails she’s received today alone regarding this project. City Manager Bruce Moore confirmed moving forward. While this is just to proceed with the Grant Application and doesn’t guarantee we’ll even receive the money, it’s nice to see so many people support such a wonderful amenity to our City as the Arkansas River Trail System. Nice works folks! Please thank your officials, especially Kathy Webb for her hard work and commitment to projects that make good sense for our City.”

Several years ago, I made my first foray into the local political world by attending a Little Rock city ward meeting. I don’t really remember why I was there, probably something to do with bike lanes or access or something along those lines. The first thing I noticed that although I was in my late 40’s, I was among the youngest people there. Outside of the city staff that was present, my wife, and a few friends that were there sharing the same concerns as myself, the attendees were mainly of a retirement age. They seemed to be veterans at attending these kinds of meetings. They were organized and prepared.

One of the attendees brought up the issue of traffic on their street moving very fast. They then inquired about getting their street widened to handle the speeding drivers. It was at this moment that I realized who the adversary would be in improving transportation options in town. It wasn’t the politicians, it wasn’t the city staff, it wasn’t some automobile advocacy group, it was my neighbors. Well meaning yet ill-informed citizens whose whole picture of safe streets was painted from behind the steering wheel of their Buicks.

The fact is, wider, multi-lane roads have the effect of increasing speeds in an area. There is nothing quite as wonderful to a lead foot than a stretch of four lane with light traffic. Pretty soon, speed limits are left behind as the road feels built for higher speeds. But they are not built for higher speeds. These are neighborhoods, places where kids are playing in the front yard (or once did). It is a place where neighbors visit by walking across the street.

There are several ways to slow down traffic, known as traffic calming. One is to have law enforcement officers set up speed traps. The problem with this is it takes valuable city law enforcement away of more urgent needs. It’s also not a very welcoming site for those visiting your neighborhood or place of business. Another way is speed bumps. These help some in very low traffic residential areas but can cause problems on roads where traffic is expected to move above 25 miles per hour.

The latest tool to calm traffic is known as the road diet. A road diet can come in many forms but usually involves making the road less attractive to speeding. According to the City of Little Rock, it’s time for a road diet on Riverfront Drive, a roadway currently shared with the Arkansas River Trail. according to Jeremy Lewno, the city bike/pedestrian coordinator:

“Little Rock’s Traffic and Engineering Dept just did a traffic study on Riverfront Drive and found that cars were going, on average, 10-15mph over the posted 35mph speed limit.  They also found traffic counts to be quite low considering the current four-lane configuration.  Riverfront Drive gets on average around 6000 cars per day, 9000 at it’s most used point.  By national standards, any road with 18,000 cars per day or less is eligible for a road diet.  So in effect, we could double and even triple the capacity along that stretch and still not cause any more congestion to motorists with the project we’re proposing.”

So why was Riverfront Drive built as a four-lane road? Some may remember that at one point the city was going to put in a four-lane road along the riverfront through Rebsaman Park and eventually on to River Mountain Road to relieve traffic on Highway 10. Due to folks with the Audubon Society and local advocates, this plan was eventually scrapped opened up the area to beautiful river-side parks, the Arkansas River Trail and of course, the nationally recognized, Big Dam Bridge. More recently it has allowed space for the Two Rivers Bridge and access to Two Rivers Park by local families and recreational enthusiasts. It has also created a non-automotive transportation corridor that gets bike commuters from West Little Rock and Maumelle to downtown Little Rock and North Little Rock. But the four-lanes on Riverfront Drive had already been built and never got the traffic it was designed for. But it does make a nice dragstrip.

Last night the city presented the plan to go after funding to remedy the situation. A road diet is in order according to city officials. The road obviously only needs to be two lane based on traffic flow. As a result of bringing it to two lanes, there would then be room to create more space for the Arkansas River Trail. This would provide trail users with a much safer passage through this area. It should be a win for everyone including local resident and businesses. But it seems that the uninformed who seem to resist change at every turn would prefer to keep this section fast moving and unsafe for other users. I was unable to find a common reason among those against the plan other than what I can only describe as an intense anger toward “those bike people”.

Along this section are soccer fields, apartment complexes, condominiums, and businesses. On one end are the Junior Deputy Ballfields and on the other the Rebsamen Golf Course, Rebsamen Park, Murray Park and The Big Dam Bridge. This is not the place for fast moving traffic. The goal is to get traffic to travel at the posted speed limit.

So will this work? Lewno said this about the recent road diet on 12th Street, “Our own traffic and engineering found that the average rate of speed along 12th Street corridor was 43mph before the road diet, then went to 35 mph, the posted speed limit, after the road diet.”

The city recently passed the Complete Streets Ordinance allowing future development to take all street users into consideration when building, repairing and upgrading streets. This seems to be the first test.

I realize that meetings at 6 pm on a weeknight are not conducive to high attendance by the most affected citizens, but you can still be heard. Please contact the mayor, your Ward Director, and the city staff to voice your support of the traffic calming plan for Riverfront Drive.

More information of about the Little Rock city board of directors

Not a resident of Little Rock? Please feel free to contact the city leadership anyway. If you visit Little Rock on business or pleasure, if you have used the Arkansas River Trail, if you would be more inclined to spend your tax dollars here if our streets were safer. Let them know. Thank you.