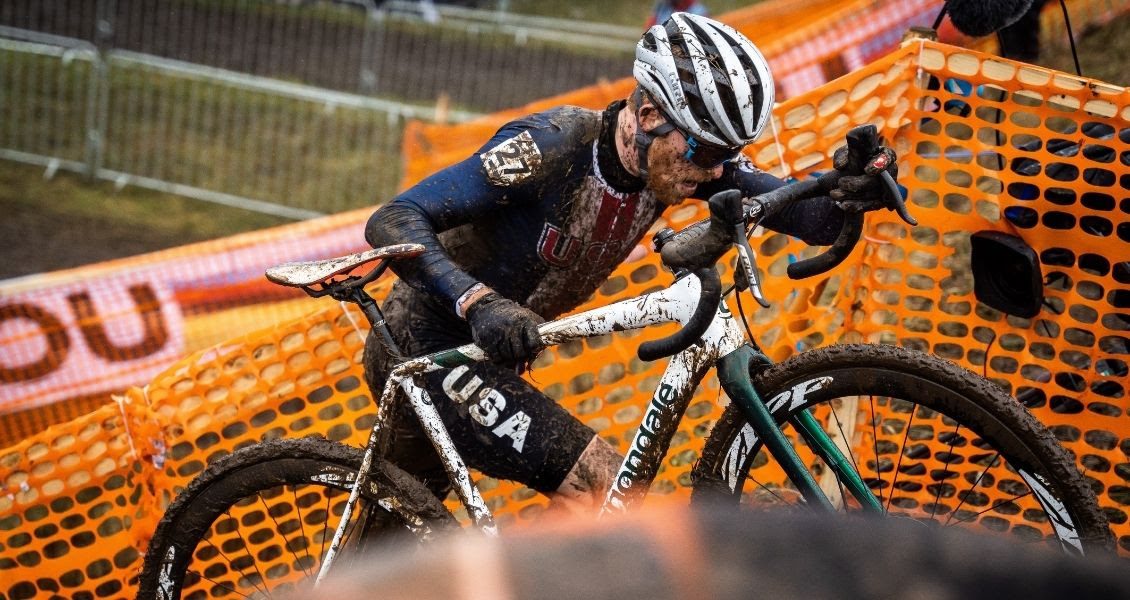 Hyde has officially announced his retirement following a 10-year cycling career ahead of UCI Cyclocross World Championships in Fayetteville, Arkansas this weekend.

“I have given a lot to this wonderful sport, and in return, it has given me so much more. During my tenure in cycling, I have learned so many important lessons about life. About who I am as a person, and about who I am as an athlete,” said Hyde. “I am who I am in part because of this crazy world of travel and hard work, suffering, and elation. Of long hours in the extremes of weather, in solitude, and in the presence of greatness. On this journey, I have seen and felt all of the lows that one could handle in one lifetime. From injuries to depression to losses of life that have impacted my soul. I have fought like hell every step of the way to not only be the best athlete I could be but the best person I could be. Through all of this, I feel as if I have thrived and flourished.”

Beginning his professional career on the JAM Fund Development, Hyde then joined Astellas Pro Cycling for the road season and Cannondale-Cyclocrossworld.com for cyclocross, where he raced from 2015-2020. Coming up quickly through the cyclocross ranks, Hyde raced in the U.S. and abroad during his storied career. He stood on the starting line of 30 World Cups and six consecutive UCI Cyclocross World Championships for Team USA.

Cannondale-Cyclocrossworld.com Team Director Stu Thorne had nothing but kind things to say about his time spent with Hyde. “Hyde was the consummate professional. He was always exploring different ways to extract the most of his talents,” said Thorne. “His attention to detail was off the charts – dialing in his nutrition, bike fit, race day planning – he was really thorough. Top all that off with arguably some of the best bike handling skills out there and it’s no surprise he was a multi-time race winner.”

In 2020, Hyde transitioned to the Steve Tilford Foundation Racing Team, a new team created in honor of the late cyclocross legend, Steve Tilford.

“My last few years in the sport have been full of change, some of such magnitude that I can’t imagine life before. There are honestly too many people to thank for getting me into, through and out of this sport in one paragraph, far too many.  I would like to give a special “Thanks” to Raylyn Nuss and everyone at the Steve Tilford Foundation Racing Team. Getting this team off the ground and into the world was no easy feat. I won’t profess to doing all that work either. I am proud and honored to have contributed to the team and I am thankful for the opportunity to be able to race in the name of the late, great Steve Tilford. A man I barely knew in his life, but got to know better through my time spent with his friends and family across the world. I can only hope to have made a fraction of the impact as he did on this community,” said Hyde.

Hyde did in fact make an impact. Professional Racer and Team Owner Raylyn Nuss knew her time with Hyde on the Steve Tilford Foundation Racing Team was invaluable. She said, “I always knew Stephen was a great guy – it was my second year racing CX Nationals and it was an absurdly muddy Louisville course. I was staring at this downhill chicane section of the course for quite some time when a friendly, Stars & Striped, goofy, redhead came up to me and started talking me through the line. I had never spoken to Stephen until that day during pre-ride; he just knew I needed a little guidance. I never would have thought a few years later I’d be calling this same man my teammate. Things very quickly shifted from just teammates to a genuine friendship. The type of friendship where you actually care about the growth and wellbeing of the other – that true kind of friendship. What I was missing most from my personal growth as an athlete was a mentor who not only had achieved great success, but someone who studied the sport, and Stephen stepped into that role. I have learned so much from him over this past year, and I tell everyone he is irreplaceable – a one of a kind guy – who just wants to see those around him succeed. I can’t wait to watch Stephen grow in this next chapter of his life!”

When Hyde crossed the last finish line of his career at the 2021 USA Cycling Cyclocross National Championships in Dupage County, Ill., the emotion in the finishing corral said it all. There was still more to come from the former National Champion.

Hyde will be attending the 2022 Walmart UCI Cyclocross World Championships in Fayetteville, Ark., but this time on the other side of Team USA. He will support the 38 athletes on Team USA as a coach, giving back to the community that has given him so much.

USA Cycling Cyclocross Director Jesse Anthony said, “I am really proud of Stephen for the impact he had on this sport during his racing career. The effort it takes to win often takes full self-focus and self-involvement, however, Stephen always selflessly shared his time, energy, and knowledge, while also pursuing his highest potential. His determination to be a true champion uplifted everyone around him. He has always demonstrated excellent qualities as a leader and coach, and I know he will be an excellent addition to Team USA’s coaching staff at our home World Championships in Fayetteville. It’s my hope that he’ll stay involved in the high-performance cyclocross space as he moves forward as his skill set, experience, and passion bring unparalleled value to our athletes and the entire cyclocross community.”

As for what else is next, Hyde commented, “I am not sure of exactly. I think that my talents and drive can be better utilized in another area within the sport. I have so much to be thankful for, and still so much to repay. The mentorship and guidance I have received through my career has been the light leading me, now I want to repay that. I want to see the sport of cyclocross thrive in the U.S. and to produce champions at the level I know is possible. I will continue to grow my coaching and performance management business through a few different avenues. Only time will tell where that leads.”

Keep up on all outdoor recreation news in Arkansas at ArkansasOutside.com.