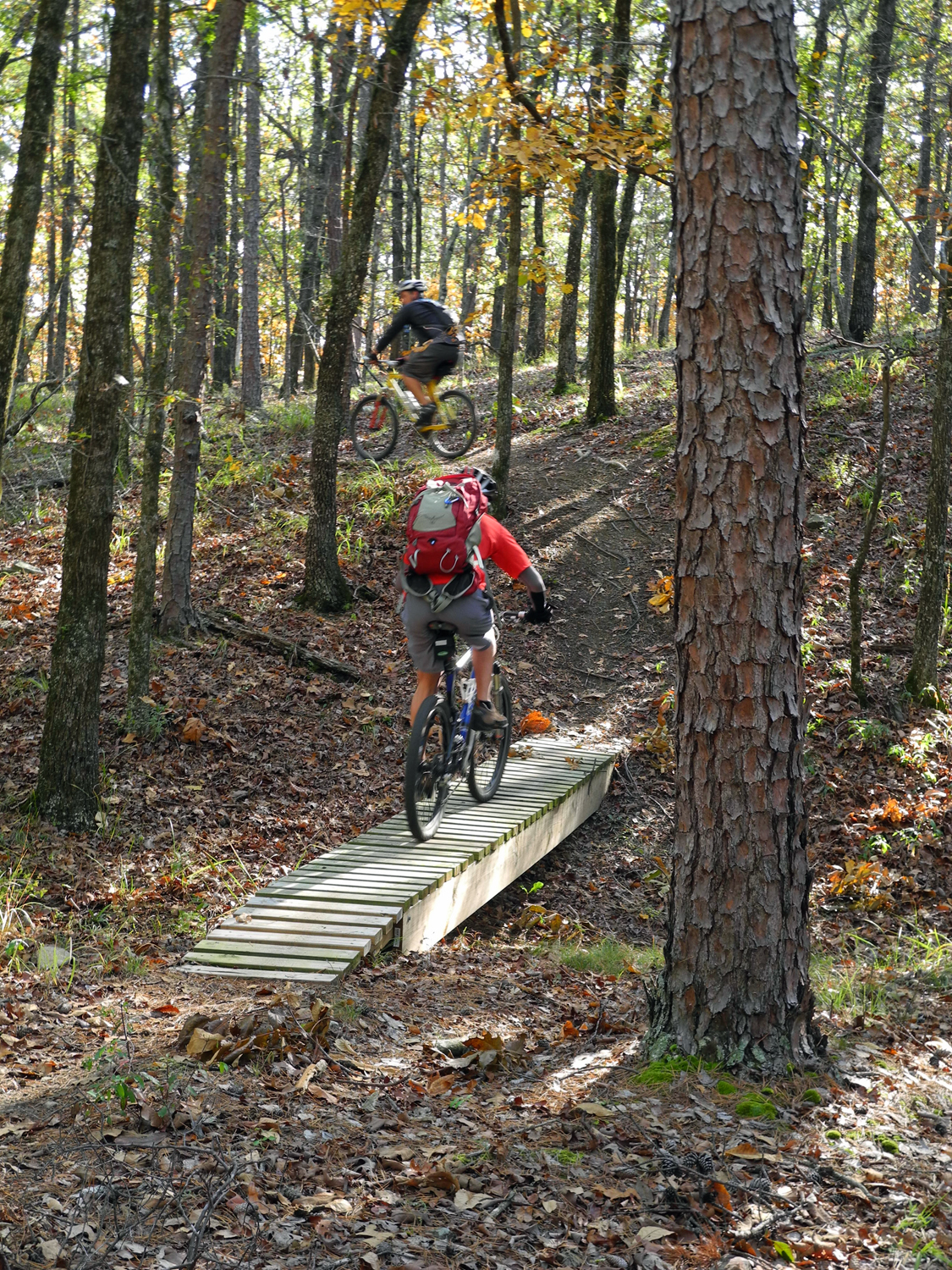 UPDATE: Results are in for 2011 Raid the Rock. You can also get splits here. And if you’re wondering where some of these teams came from check out this.

By 2000 I’d done a couple of adventure races which at that time made me, in the minds of some, an old hand at it. I had orienteering skills, a hydration pack and a mountain bike. A new adventure race was coming down the pike and a friend I worked out with in a Masters swim program wanted to try it. He brought a friend and for the first time I was captain of a non-coed team. We did a little training together, tried our best and finished respectably after losing and finding our passport, failing miserably on a climbing challenge and flipping our canoe in the middle of the Arkansas River, in early December. The inaugural Raid The Rock Adventure Race was in the bag and I looked forward to doing it again. I did the race three more times, twice as the only male on the team and once as a solo racer.

The race has always been tough. I’ve always finished exhausted but if you asked me what I’ve taken away from them all, I’d have to say it’s the ability the race organizers have had to introduce me to unique and otherwise inaccessible areas of Central Arkansas. I’ve climbed up and rappelled off  both the Junction and the Rock Island bridges long before they were open for pedestrians.  I’ve solo kayaked all around the airport, I’ve run up all 40 flights of stairs to the top of the Metropolitan Bank Building. I’ve climbed up cargo nets on the side of parking decks and rappelled out of the old YMCA tower and the River Market parking deck  in downtown Little Rock. I have a very intimate knowledge of some parts of this town.

I watched the 2011 race from the sidelines. At the pre-race meeting Friday night at Little Rock Crossfit, racers learned from new race organizer, Frank Lawrence, that the start would be at Pinnacle Mountain State Park, at 5 a.m. with a bike drop for unsupported teams at around 4 a.m. near the Two Rivers Bridge. Racers came from as far away as Iowa and Colorado this year to participate. I overheard several teams talking about going out for dinner and heading back to hotel rooms after the pre-race meeting so it definitely helped the local economy. The racers also learned that organizers contributed approximately $1000 from race fees to the Wounded Warrior Project, which works to support our wounded veterans. Previous race organizers Veronica Battaglia and Nathan Siria were also on hand to help out. At this point racers could only guess at the course. It would be an early, chilly, and dark start for the race.

After watching the groggy racers get their bikes set up I headed to the race headquarters at the Big Maumelle Pavilion at Pinnacle Mountain State Park. The pavilion is in a lesser used part of the park near the boat ramp to the Big Maumelle River. It was a perfect place for the nerve center of such a race. The park normally opens at 6:30 but organizers made special arrangements with the park for the early start.

Most adventure races don’t start with a big bang and a mass exodus from the starting area. They start with a short run (a few feet) to grab a packet of maps and coordinates, then things get quiet except for the sound of people calling out numbers. These numbers represent UTM coordinates that are then plotted on topographical maps. Each team then decides the best way to get to these spots in the woods. This is just one of the mental aspects of adventure racing. Racers have a passport card that they punch with the unique card punch attached to each checkpoint to verify that they stayed on course. The smallest error in a plot or choosing a less efficient route could be a very costly mistake.

Adventure racing is a sport embraced by many older competitors. It’s about endurance and being able to think even when stressed and tired. Managing your own resources and often managing a team of people through some very tough situations. Racers come from all walks of life, all ages, and the better racers have lots of experience.

Once racers started moving I was able to travel with Nathan Siria, one of the original Raid the Rock organizers, up Pinnacle Mountain to check on the checkpoints out ahead of the racers. Keeping up with Nat was something of a workout and the checkpoints were all far off trail so good navigation skills were important. We soon reached the top of the mountain where a volunteer was manning the highest checkpoint of the race. It was only about 6:00 a.m. and still dark. The first team arrived shortly after we got there.

Nat left just after the first team and I opted to stick around a little bit hoping to be there for sunrise. It was not going to happen. A couple of other teams showed up about 10 minutes later and I decided to follow them down the mountain. For the next section it was mandatory for all teams to use the trail section down the East Summit Trail. This trail is known as one of the steepest trails in the state and is a challenge to go down during the day. In the dark the challenge is amplified. I followed a team from Memphis down listening to them explain that they don’t have places like this at home.

After reaching the base of the mountain I jumped back in my truck and headed over to the Arkansas Arboretum Trail. This would be the site for the transition to canoe. Since there is no boat ramp or road to the Little Maumelle River, racers would have to portage their canoes to the put-in. The boats were waiting for them in the parking lot for the trail. Racers are not allowed to drag the boats so carrying them, especially for two-person teams was a challenge. They had to travel down a hill, through the woods, along a paved path and finally to the water’s edge.

I walked up to the river’s edge and it was beautiful. A low fog was on the water. The racers would soon be enveloped by it. This is always a dicey part of the race, one wrong move getting in and your whole team is wet. I saw some close calls.

I headed over to the transition area where the racers would come in from the canoe. They would then do a short bit of orienteering and then get on the bikes.

The race organizers had a special treat for the racers before they could head out on the bike course. Like I said you get a chance to do and see things on this race that few others have done. This time it would be a rappel off the Two Rivers Bridge.

Teams then traveled through Two Rivers Park where the annual Mud Run was being held. A bit more tame race but no less fun and dirty.

After riding from Two Rivers Park back to Pinnacle Mountain, racers than did a short ride on the Rabbit Ridge Mountain Bike Trail before heading over to the Jackfork Mountain Bike Trail. This far into the race the Jackfork would prove to be a challenge for many racers. Racers got to enjoy (okay, maybe enjoy is not the right word) the beautiful fall color through the woods. Of course the Jackfork is one of the tougher mountain bike trails in the state and it certainly tested the grit of many of the racers who were starting to feel the effects of several hours of racing.

Teams had to negotiate one last orienteering section to complete the race. Some of the spots really show off the hidden beauty of the park. I startled a coyote on my way up to this point to wait for the lead team to reach the checkpoint located on a rock outcropping that few people have been to. The checkpoint is a single white tube just to the right of the tree in the center.

Racers who compete in adventure races come away with a real sense of accomplishment. To have finished one gives participants a feeling of empowerment that they take to other parts of their lives. That’s what hooks you. While competing in these races I have often questioned my sanity for doing another one but always, upon finishing, I start thinking about what I will do differently the next time. Of course the winners also get these…

I expect to bring you the race results in the next couple of days but those don’t really matter. I got to see the best results as racers came into the finish cheered by support crews, race organizers, race volunteers and this guy writing a blog and wishing he was racing.