Additive number theory studies subsets of integers and their behavior under addition. This could be a post dedicated to the tried and true story of how much running adds to one’s life. Millions of words have been written by and about people who have changed their lives through running by getting healthy, staying healthy, combating illness, overcoming some debilitating illness be it physical or mental, or by the addition of new people into their circle; people who add something to a life that maybe wasn’t missing anything at all but could still be made richer. Vincent Van Gogh once said that great things are done by a series of small things brought together. Millions of words have probably been written about how events work in conjunction to change a person into someone who identifies themselves as a runner or athlete. It seems simple and logical to say, “I started running and this happened, then this happened, then this and this and this.” As with all things in our complicated human condition, it isn’t simple addition. Each athlete’s story is a tangled web of hows and whens, wheres and whos.

My own web got just a little more tangled over the weekend when I ran my first Capital City 10K. It wasn’t just another race day, I was going to meet a runner who is frequently photographed playing mean air guitar during marathons, Mindy Simonson, and her friend Cody. Cody is a client at World Services for the Blind in Little Rock and an avid runner. When asked how long he’d been a runner, he answered that he started running in High School so he has more than 10 years of running experience in his bank, he just needs a little guidance to point him from the start line to the finish line. 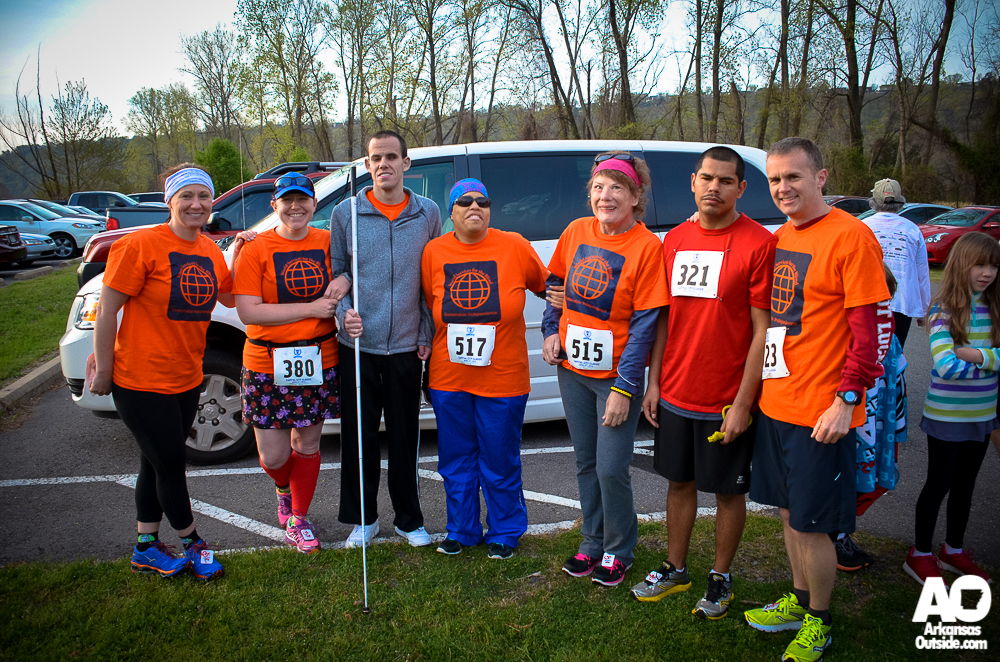 World Services for the Blind offers clients life skills training as well as career training and education including getting high school students ready for college. The motto on the shirts we were wearing read “Sustainable Independence”. How many times has a runner said that running makes them feel free? Should we expect that feeling to be any different for someone who does not see or hear the world exactly the way we do?  Before the race, Cody entertained us with stories of rough housing with his step-brother, like most siblings do and how he was led to jump off high places and pull stunts just like his step-brother. He expressed thanks for his parents who didn’t coddle him or make him feel like he couldn’t do the things he wanted to. At that point, fellow WSB client and runner Trinette responded with a wish that the world would treat them the way their parents did instead of treating them with unnecessary limitations. She shared her desire to be a volunteer, preferably with the Peace Corps or similar organization, to work in an orphanage for visually impaired kids.  I felt as though a kid had just thrown a rock through my web and I needed to re-string it. It was another day of running that would teach me about so much more than how to put one foot in front of the other.

We took our position at the starting line, Cody checked his watch and said “We should be getting started soon, right?” He was ready. Mindy was at his side, lending her arm to guide him. I was the third wheel, allowed to come along to learn about being a guide but also out in front a little to serve as a wedge in the mass of people at the start, clearing the way for Cody and Mindy. Along the way Mindy and I saw a lot of friends, many of whom came alongside to introduce themselves to Cody and to cheer him on. Around mile 3.5, Nancy Gambill hollered to Cody that she was coming up behind him. This put the fire under Cody and rockets in his shoes and he took off at a sprint. He’s a little competitive. My buddy Jason Barr came along and asked Cody something like “having a good time?” I can’t remember exactly what the question was, I only remember Cody’s answer, “Hell Yeah!”. I think that pretty much sums it up. 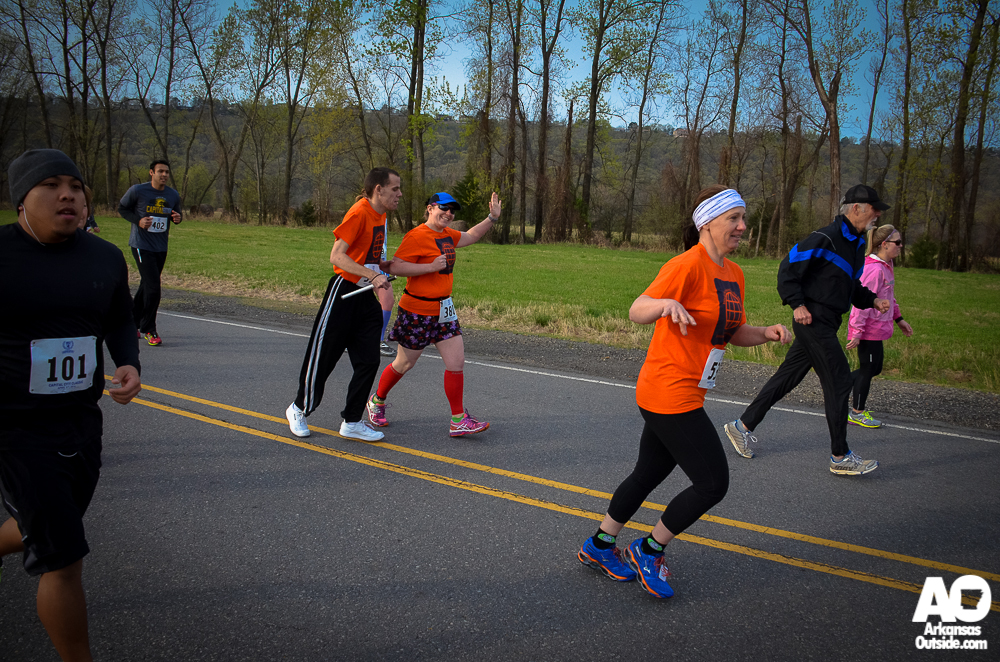 Cody and Trinette and her guide Rebecca were also joined by Gustavo, who posted a 50 minute 10K  in his very first race after weeks of working with his guide Chris.

Full results from this years race can be found here. The Capital City 10K is the state championship 10K for the Arkansas Grand Prix Series, put it on your calendar for next year, the flat course leads to many PRs. And stick around for the kids race that follows. There aren’t too many things cuter than kids running with big smiles.

A big thank you goes out to Race Director Bill Torrey and Rock City Running for their support of the runners and guides. The running guides and runners meet twice weekly at World Services but there are many other ways to volunteer with shopping, appointments, and socializing. To find out how you can keep adding to the experience, yours and theirs, contact Susy the volunteer coordinator, and stay informed.

Watch our Facebook Page for more photos from the race later today.