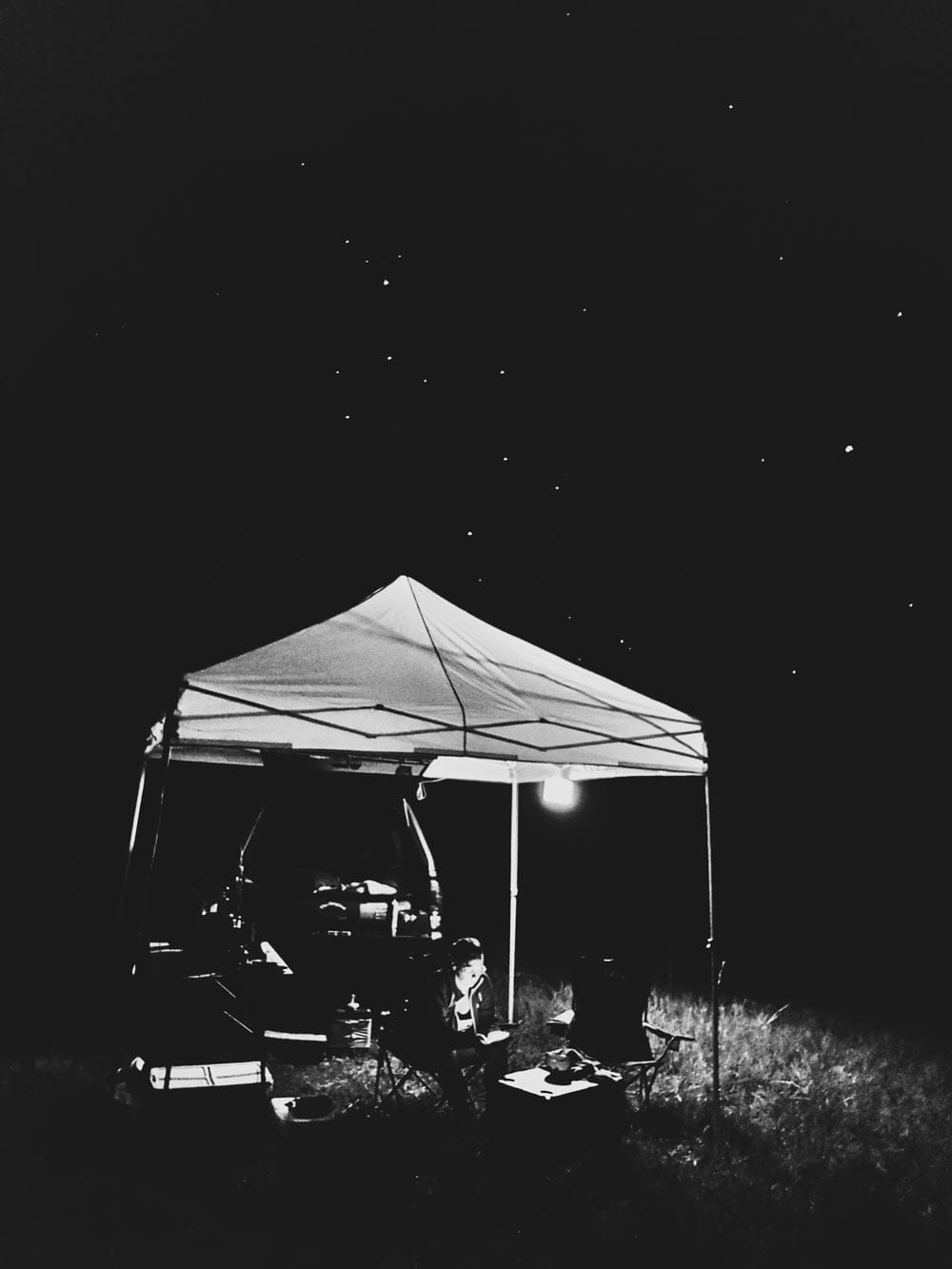 Ahhh…the sleepy little state of Arkansas. Well, we remember when it was just that, a sleepy little flyover state that most outdoor enthusiasts, other than an adventurous few, never gave a thought to. We were known throughout the world as the home of President Bill Clinton and of course Walmart. Before those two, it was the darker history of Central High School. Things do change.

Outdoor recreation is on the upswing thanks in large part to the Walton Family Foundation (WFF) and a state government that is starting to figure out that quality of life issues begin with accessible outdoor recreation. The WFF has spent the past 10 years turning northwest Arkansas into a mecca for mountain biking while also contributing extraordinarily to the arts, shopping and restaurants, and protected bicycle/pedestrian routes. Governor Hutchinson created the Governor’s Advisory Council on Cycling, proposed protections for the Buffalo River Watershed, and has been a proponent of bike infrastructure throughout the state. The Governor recently signed Act 650 of 2019, a law allowing cyclists to yield at stop signs and stop at red lights. Arkansas is only the second state in the country to adopt this bicycle-friendly legislation. Welcome to The Natural State.

Then it got busy

This Fall, the changes became noticeable. The Arkansas Outside crew decided to hit up some of the larger events in the state attracting outdoor enthusiasts from around the country, even the world. It made for some busy weekends. Here is how it went:

For years we have wanted to attend this world-class climbing event. One of the largest climbing events in the country, 24HHH takes place the last weekend in September every year at Horseshoe Canyon Ranch near Jasper, Arkansas. This year we passed up other events for the opportunity to camp out with these crazy people for the weekend. The event is comprised of teams of two “putting up” as many routes as they can in a 24 hour period. Goals include the mile-high club, getting over a mile of elevation during the event and putting up over 100 routes. For those climbers looking for a little extra, there is a 12-hour event the day before and many participate in  both.  There are also costumes, slip-and-slides, food, equipment manufacturer tents, music, and overall mayhem.

These are our people. We met people from Alaska, West Virginia, California, Canada, and local friends. The event kicks off with a reading of team names, a recognition of couples on their honeymoons (there were at least 3 couples this year), a marriage proposal that culminated in a positive response, a partner oath, and a shotgun blast. It ends with tasty beverages, a slip-and-slide, and awards. Here is a small piece of the action.

We’ve lost track of the number of years we have attended this event, usually working at an aid station or being a “safety runner” for friends going for that 100 mile belt buckle. The Arkansas Traveller 100, a 100 mile run in the eastern Ouachita Mountains, is a Western States 100 qualifier making it an important event for national and international ultra-distance runners. Starting a Camp Ouachita, the run includes portions of the Ouachita National Recreation Trail and a lot of gravel roads that incorporate some incredible climbs (these roads tend to go straight up and straight down). It’s basically an out and back allowing most aid stations to provide comfort and support for the participants twice. And support they do.

The race is well known for the quality and over the top hospitality of its aid stations. There are often themes at the stations. Sometimes the runners enter a party already in progress, a party that tries to make them the center of attention as soon as they arrive. I can’t imagine what goes through the mind of a runner at mile 80 something as they come into the Hash House Harriers aid station at 3 in the morning and there seems to be a disco party going on with a campfire, full spread of race food, people in bunny costumes, and laser lights in the trees. 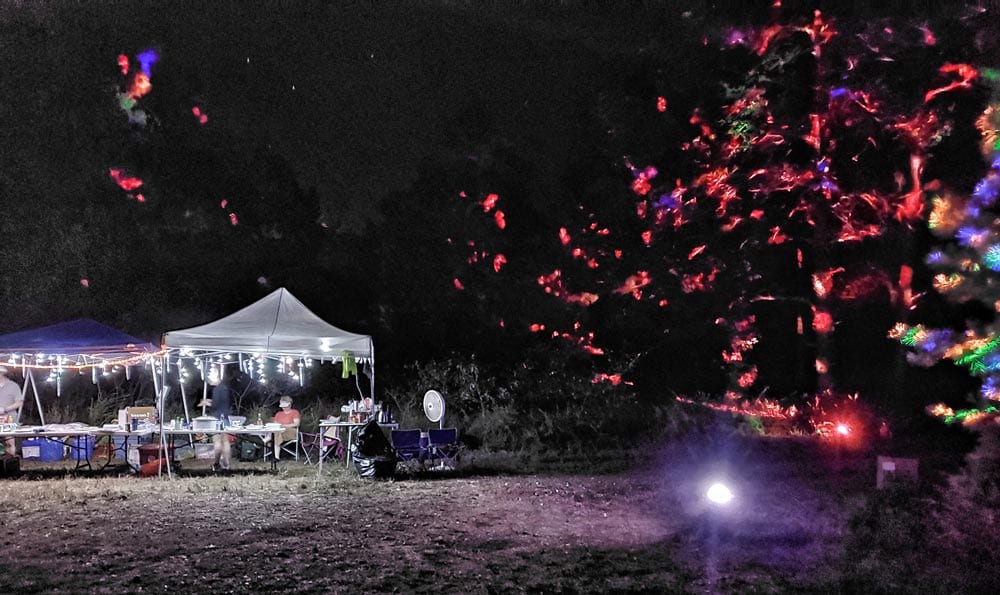 The new kid on the block with big credentials is finding a home Arkansas. This was the second year for this event, brought to Arkansas by Epic Rides. Epic also manages large mountain biking events out west like The Whiskey Off-Road, Grand Junction Off-Road, and the Carson City Off-Road.  Besides the riding and racing, this event includes concerts, an expo, and more. The event is based just a block off the downtown square in Bentonville and supports not just the race participants, but in the flavor of Bentonville the whole town is invited. 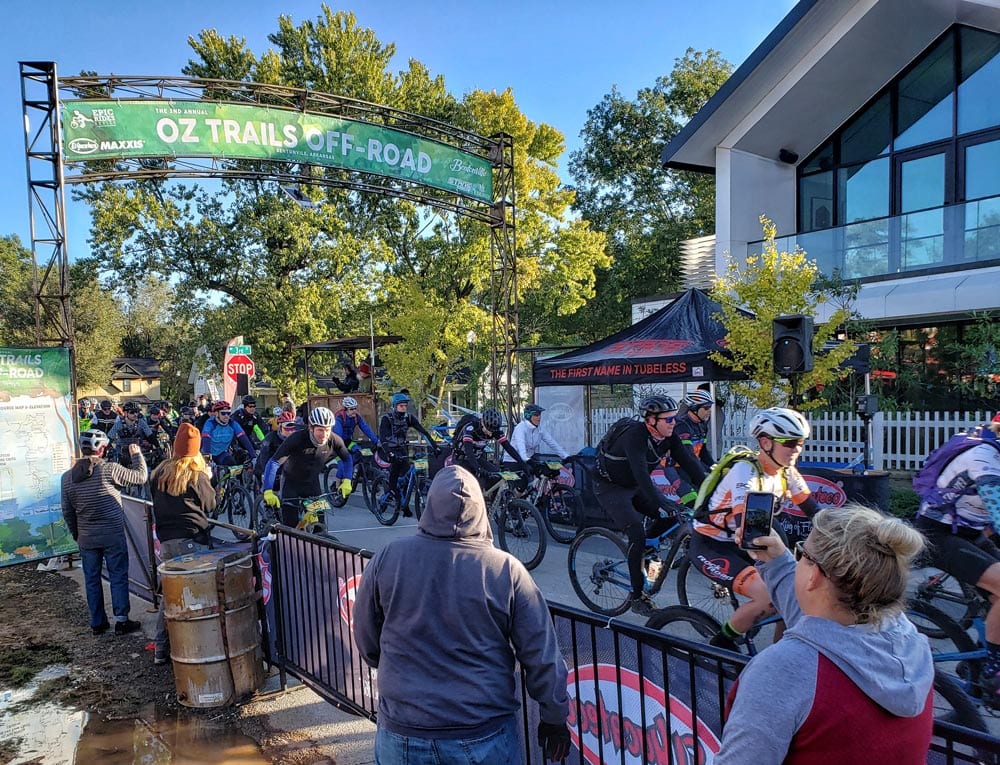 This race has a large cash purse that is equally split between men and women and attracts a tremendous field of pro riders. The women’s race, in particular, was incredibly exciting with 5 women tire to tire as the riders hit pavement heading for the finish. Parts of Slaughter Pen and the Back 40 Trails are used for this event.

We can’t be everywhere and this year we missed some traditional favorites. The Big Dam Bridge 100 Bike Ride had somewhere around 3500 participants. The Arkansas Canoe Club Rendevous, The Pedestal Rock/Lick Fork Gravel Ride, the Joe Weber Arky 100 bike ride, the Chili Pepper 10K, and other big events happened during this same time frame. The action kept going with huge outdoor events like the GudRun in Hot Springs, more Road Runners Club of America runs, and the final races of the Arkansas Mountain Bike Championship Series. Various cyclocross events are happening and every time it rains the creeks are full of kayakers. Plus, around the state and throughout the fall, there has been some great hiking in the Fall color and some epic waterfall hunting.  Next year, we expect more big events and more fun outside including a major Gravel Grinder to the mix with the Big Sugar Gravel Grinder which sold out its 1000 spots in 5 minutes. Welcome, again, to The Natural State.