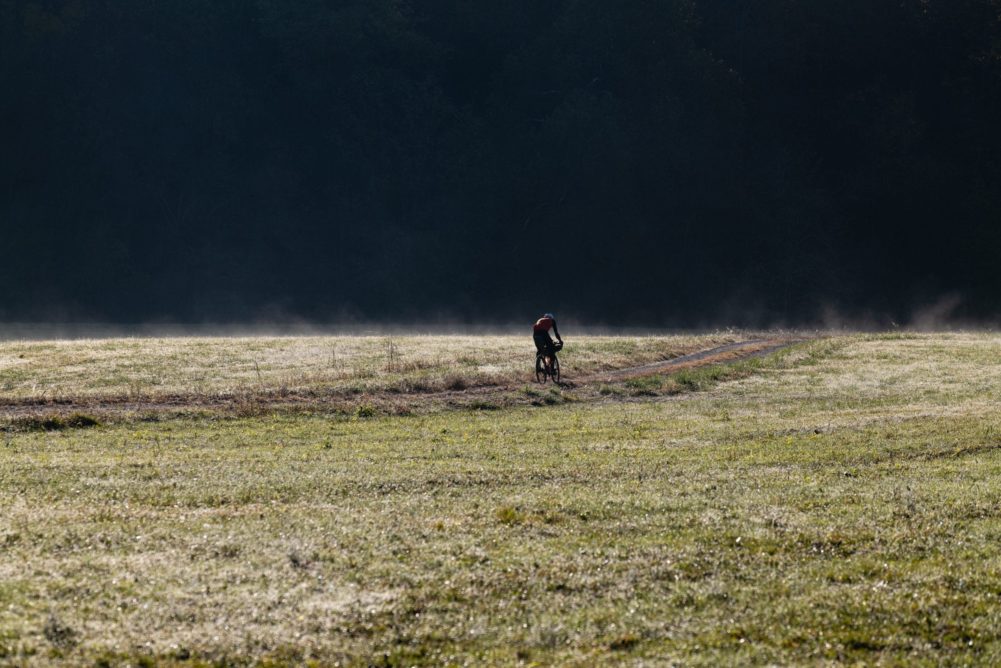 Fayetteville Event Draws Elite Racers from Across the Nation

Starting and ending on Fayetteville’s Historic Downtown Square, this year’s race featured a 1,017-mile looped course that took riders down some of Arkansas’s most scenic, backcountry roads, through the Ozark and Ouachita mountains, along the Buffalo National River, and across the Arkansas River Valley.

Unique to this event, riders had the choice to race the course in either direction, setting up for dramatic finishes as racers pedaled back to Fayetteville. A few of the finishes were so close that, after racing in opposite directions, participants crossed the finish line within an hour of each other.

After four days, 20 hours and 51 minutes, Ted King of Vermont was the first to finish this year’s race, claiming victory as a Solo Male participant. His time bested the previous Solo Male Fastest Known Time (FKT) held by Jay Petervary of Idaho and surpassed the overall FKT set by Scotti and Ernie Lechuga of Arkansas, who rode as a pair.

Chasing the Women’s Solo Record, first set by Mountain Bike Hall of Fame inductee Rebecca Rusch of Idaho, Ashley Carelock of Colorado was the first and only woman to complete this year’s race. Carelock set a new Solo Women’s FKT at seven days and nine hours. Carelock battled nausea and mechanicals to cross the finish line in record time, and in second place overall.

Quickly becoming known as one of the most difficult races in the United States, the Arkansaw High Country route has now tested some of the country’s most seasoned athletes. King described it as “tougher than any bike ride I’ve ever done” while Carelock noted, “I did not expect it to be that hard!”

Now an annual event, this year’s race brought in some of the bigger names in cycling from both gravel and mountain bike racing backgrounds. With several established records up for grabs, cyclists departed from Fayetteville in the early morning hours of Oct. 31.

A new race category this year, Seth Wood of Oklahoma became the first and only person to ever complete the race’s grueling 80,000 feet of climbing on a single-speed bicycle, summiting Arkansas’s highest mountains and most arduous climbs without the ability to shift into an easier gear. Seth finished in seven days, 12 hours, and 18 minutes.

The Arkansaw High Country Race is scheduled to depart from Fayetteville once again in the fall of 2021.